By Wess Robison, ON TAP & The ON TAP Foundation – President

Yes, the Dragons are coming and if you are brave enough to slay one, the Acadiana Dragon Boat Races is for you!

In addition to the competitive racing, our festival also includes The Burger Cook-Off Competition and the Kid’s Zone, filled with games, face painting, food and tons of fun jumps.

ON TAP has partnered with another incredible and local organization, the New Iberia City Park Playground Enhancement Project, to present The Acadiana Dragon Boat Festival. Funds received go directly back into our community. ON TAP hosts various projects for our community, including a Free Movies in the Park Series and provides funding to other community projects which enhance our community through Community Tank. 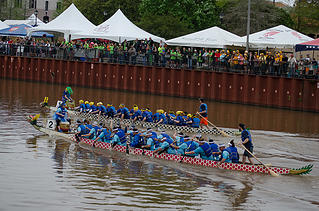 What happens on race day?
On race day, teams composed of 20 paddlers, one drummer and alternates will compete for the Acadiana Dragon Boat Title in authentic Hong Kong style Dragon Boats.

The team’s drummer provides the traditional Hong Kong drum sound which guides each team and fills the air with the vibe and excitement that only the festival can provide. This 2,300-year-old Hong Kong tradition is guaranteed to bring about excitement, friendly competition and community spirit.

Teams are composed of families, friends, coworkers and local organizations, none of which are professional rowers, just individuals wanting to have a one-of-a-kind experience.The entrance fee is $2,200 per team and includes a practice session with a professional dragon boat coach the week before the event, and at least two races on race day.

Participants and viewers will be able to enjoy the numerous races, music, food, beverages and other family friendly activities. Whether participating in the race or simply viewing it and showing your support, there will be plenty of entertainment and excitement to keep you and your family busy.

Teams participating in the race can set up tents in Bouligny Plaza and along Fulton Street, which will allow an area to prepare, rest and watch the other teams race throughout the day. Vendors will also be set up in this area, allowing easy access to food, drinks and entertainment.

Teams will enter the boats at the PJ Allain Waterfront Development and paddle towards the bridge at Indest Street (by the Old Pelican’s) where the starting line will be located. Once signaled, the 2 teams will race back down the Bayou towards the Bridge Street bridge. The awards ceremony will be held in the Steamboat Pavilion following the completion of all the races.

To register for the race or cook off, contact: info@iberiaontap.com 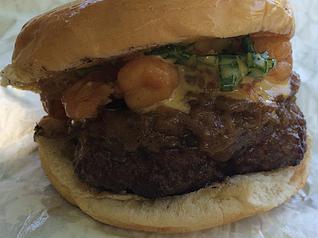 The closing ceremony will follow the final race and will include awards for: 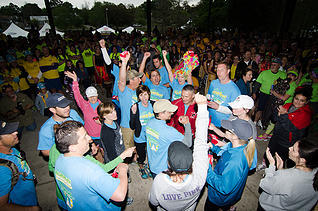 The origin of Dragon Boat Racing dates back over 2,000 years to the Chinese legend of Qu Yuan, a 4th-century statesman, poet, and advisor to the king. Qu Yuan was exiled from the ancient state of Chu after his advice to the king was misinterpreted as an attempt to assume greater political power.

For his offense, Qu Yuan was banished to a remote area of Hunan Province in southern China. The dishonor of being exiled was a heavy burden on Qu Yuan.

Under the weight of his sorrow, he threw himself into the torrents of the Milou River – but some local fishermen raced out onto the water to save the drowning Qu Yuan. The fishermen wildly beat their drums and splashed the water with their paddles to prevent the water dragons and fish from eating Qu Yuan.

The modern Dragon Boat Race is based upon a traditional re-enactment of the race to save Qu Yuan.

Over the centuries, village fishing boats went out each year in a symbolic search, and began to take part in races that evolved into Dragon Boat Racing’s present form. 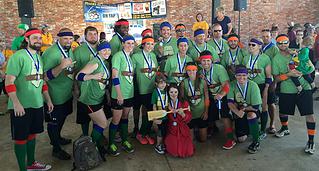 Today, Dragon Boat Racing is one of the fastest-growing water sports in the world.

The World Championships of Dragon Boat Racing have been held annually in Hong Kong since 1976. In 1991, the International Dragon Boat Federation (IDBF) was formed in response to the explosive growth of the sport. Based in Hong Kong, the IDBF boasts over 100 member organizations in more than 40 countries. Since 1995, World Championship events have been awarded to Canada, China, New Zealand, England, Australia and the United States.

A Commission was developed to oversee the standardization of equipment, rules and regulations. Within a relatively short period of time, backed by a strong sprint canoeing background, North America has emerged as an international Dragon Boat Racing powerhouse, shaking the foundations of a sport that has historically been dominated by Asian countries.

What’s most exciting is the growth of the sport at the grassroots level. Dragon Boat Racing is great fun for anyone, young or old. Participants of any level of fitness can quickly adapt to and develop a passion for this sport. Although most international crews are either all male or female, national and regional events attract primarily mixed teams from corporations, public service groups, and clubs sponsored by small businesses and high schools. 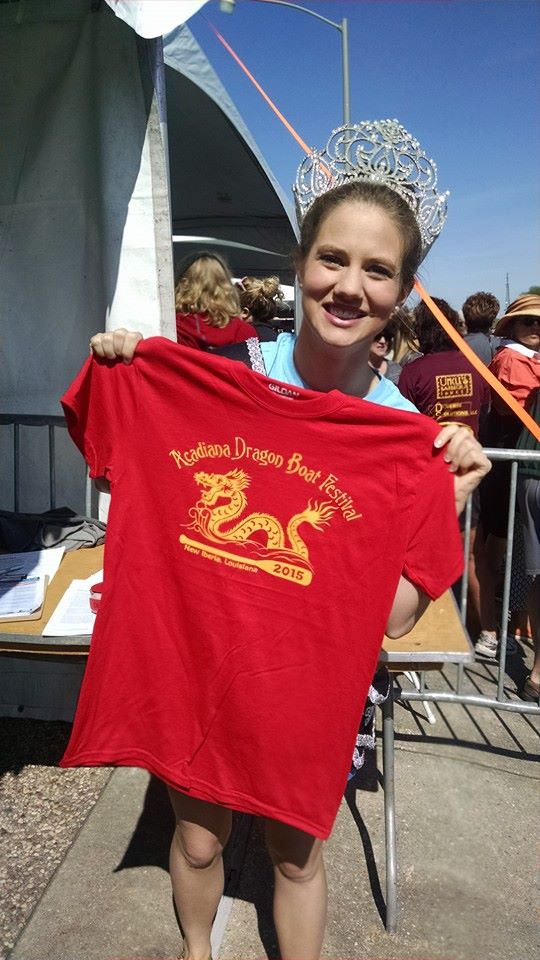 Merci!
Thank you for the opportunity to share with you information about The Acadiana Dragon Boat Races.

On behalf of ON TAP, the ON TAP Foundation and the New Iberia Parks and Recreation Enhancement Group, we thank all of our sponsors, teams and vendors who make this one-of-a-kind festival possible.

We look forward to the race and hope to have you join us!