Lt.. Gov. Billy Nungesser recently unveiled the Atchafalaya Water Heritage Trail, which spans the 14 parishes in south-central Louisiana that are a part of the Atchafalaya National Heritage Area. The trail inc 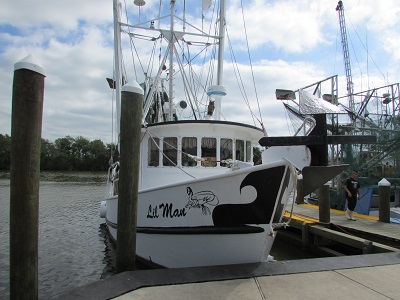 The Water Heritage Trail tells the “water story” of the region and how it is connected with the land and its people. This self-guided trail explains how the waters became and remains a distinctive influence on the life and landscapes of the Atchafalaya National Heritage Area. This interactive educational experience leads its explorers through water-related sites of natural, cultural or historical significance.

“The Delcambre community is proud to share its story with visitors to Bayou Carlin Cove,” said Wendell Verret, Director of Twin Parish Port Commission. “The Atchafalaya Water Heritage Trail provides an excellent commemoration of our connection to the waterway and its history. The kiosks were done so well and are a perfect complement to the view of the waterway. We can’t thank the Atchafalaya Trace Commission enough for such a great project.”

The sites are marked on a new map available at the Iberia Parish Convention and Visitors Bureau and other welcome centers around the state.

“Waterways make up nearly half of Iberia Parish and are a huge asset to us,” said M. Larry Richard, Iberia Parish President. “We’re fortunate to have these kiosks that tell our story.”

“We would like to thank the Atchafalaya Trace Commission, especially Iberia Commissioner Chris Burton, for all their hard work to get Iberia on the map ,” said Fran Thibodeaux, Executive Director of the Iberia Parish Convention and Visitors Bureau. “We look forward to helping the commission and the Lt. Governor’s office promote the new trail.”

In 2006, Congress designated the Atchafalaya National Heritage Area as a region with significant natural, scenic, cultural, historical and recreational resources as well as offering a unique blend of European, African, Caribbean and Native American cultures. As a truly fascinating place here in the middle of the United States, it has been nicknamed “America’s Foreign Country.”