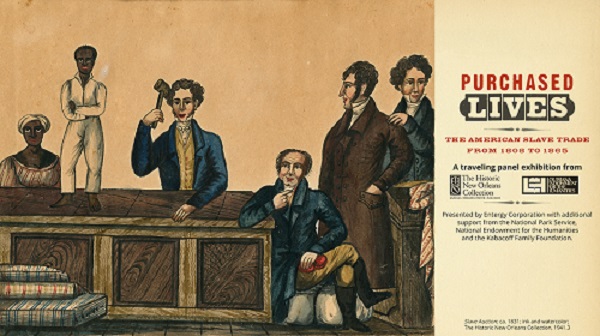 A panel version of the powerful and poignant traveling exhibition "Purchased Lives: The American Slave Trade from 1808 to 1865" is coming to Bayou Teche Museum in July and August 2017.

Presented by Entergy Corporation with additional support from the National Park Service, National Endowment for the Humanities and The Kabacoff Family Foundation, "Purchased Lives" examines one of the most challenging eras of U.S. history.

The panel display will be on view from July 20 - August 26, and visitors are welcome during regular museum hours, 10 a.m. - 4 p.m. Thursday through Saturday or any other day by appointment.

The portable panel display, which has been curated and produced by The Historic New Orleans Collection, will visit libraries, museums and community centers across Louisiana. The Louisiana Endowment for the Humanities will oversee the transport and logistics of the traveling display, assist in training staff at the host sites to present the exhibit and support public programs in 10 Louisiana communities.

"Purchased Lives" examines the period between America's 1808 abolition of the international slave trade and the end of the Civil War, during which an estimated 2 million people were forcibly moved among the nation's states and territories. 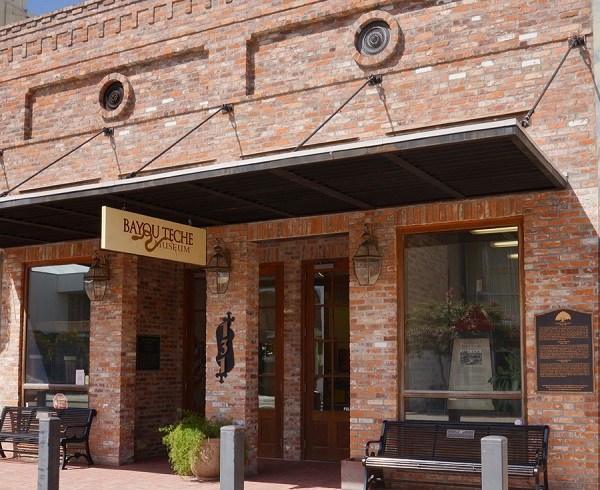 The domestic trade wreaked new havoc on the lives of enslaved families, as owners and traders in the Upper South --- Maryland, North Carolina, Virginia and Washington, DC --- sold and shipped surplus laborers to the developing Lower South --- Alabama, Florida, Louisiana, Mississippi and Texas.

Many of those individuals passed through New Orleans, which was the largest slave market in antebellum America.

The exhibition's narrative is not limited to New Orleans, however. It examines a complex and divisive period of American history, helping viewers learn about the far-reaching economic and heartbreaking personal impact of the domestic slave trade.

"'Purchased Lives connects the economic narrative of American slavery to the firsthand experiences of the men, women and children whose lives were shattered by the domestic slave trade, said Erin M. Greenwald, THNOC historian and curator of the exhibition.

"The panel version affords THNOC and the LEH the opportunity to bring this story to communities throughout the state, encouraging dialogue about the trade and its legacies."

The display will be made up of 10 panels, which will allow it to travel more widely than the version containing original artifacts. The informative yet vibrant design will feature reproductions of period artifacts such as broadsides, paintings and prints illustrating the domestic slave trade, as well as ship manifests, financial documents and first-person accounts conveying the trade's reach into all levels of antebellum society. Large-scale reproductions of post-Civil War "Lost Friends" ads depict the attempts of former slaves to reunite with loved ones, even as much as 50 years after the war.

On July 20, Bayou Teche Museum, Shadows-on-the-Teche and the Iberia Parish Library will present a free workshop for ages 13 through 17 from 1 - 3:30 p.m. at the museum. The workshop will examine details of the exhibit and focus on the effect of slavery on the African American family unity.