by Nathaniel Mitchell, Sr., Founder of The Diabetic Kitchen

I’m sharing with you information regarding The Diabetic Kitchen’s next public event, an International 5K Walk/Run for the Cure of Diabetes and Alzheimer’s Awareness which will be held on Saturday, March 24, 2018 through the Laotian Village in Coteau, Louisiana.

I simply had to share this "Honor Poster" with you because it represents something extra special to me: 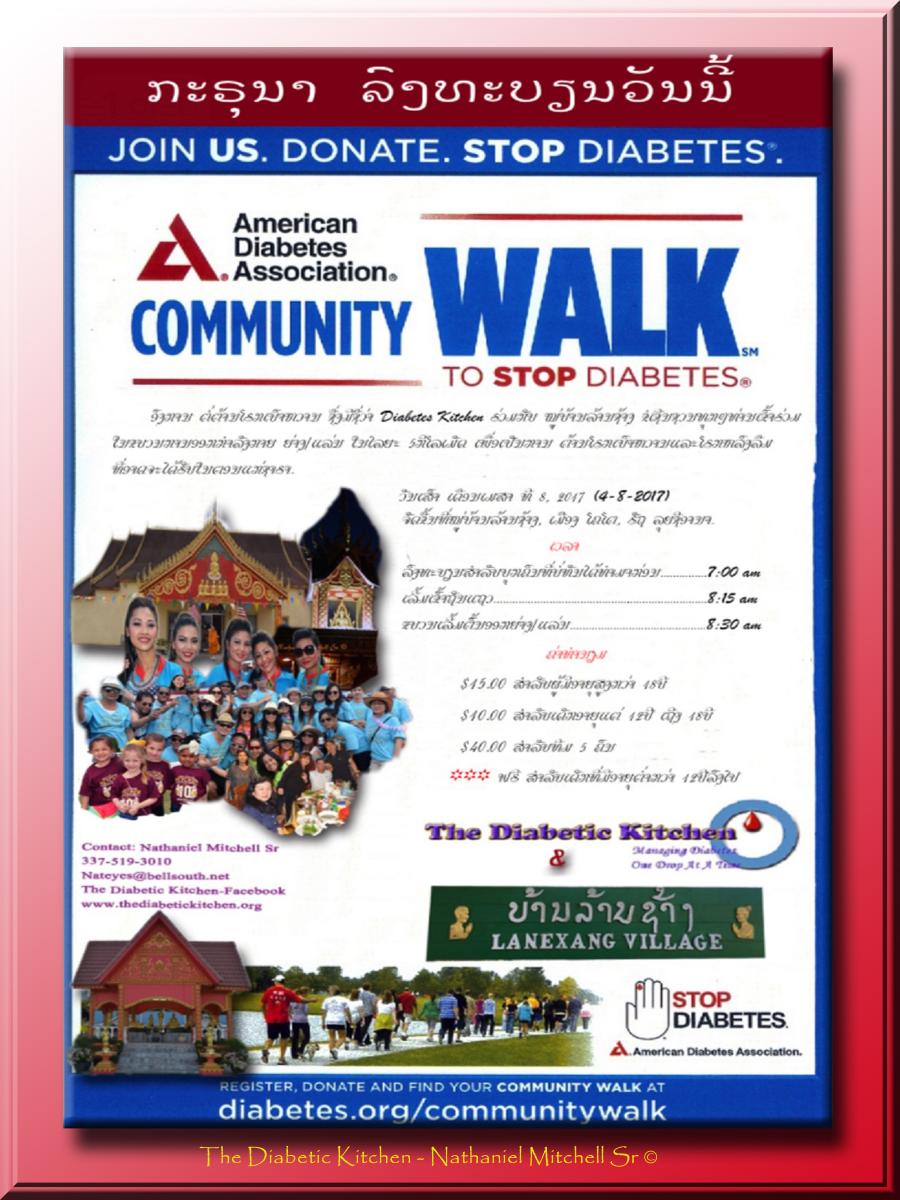 This poster is reflective of years of hard work, dedication, and friendship between several totally different worlds.

About 30 years ago, Iberia Parish began witnessing an influx of Asians migrating into the area while seeking housing and security for themselves and their families.

At that time many people were fearful, uncertain and skeptical with regards to where to house them, how they would "fit-in" the community, and whether or not they would disrupt the peace and welfare of Iberia Parish.

The Asians, mostly Laotians and Vietnamese, at the time, came in peacefully, unassuming, and willing to work hard for their piece of the American Promise. 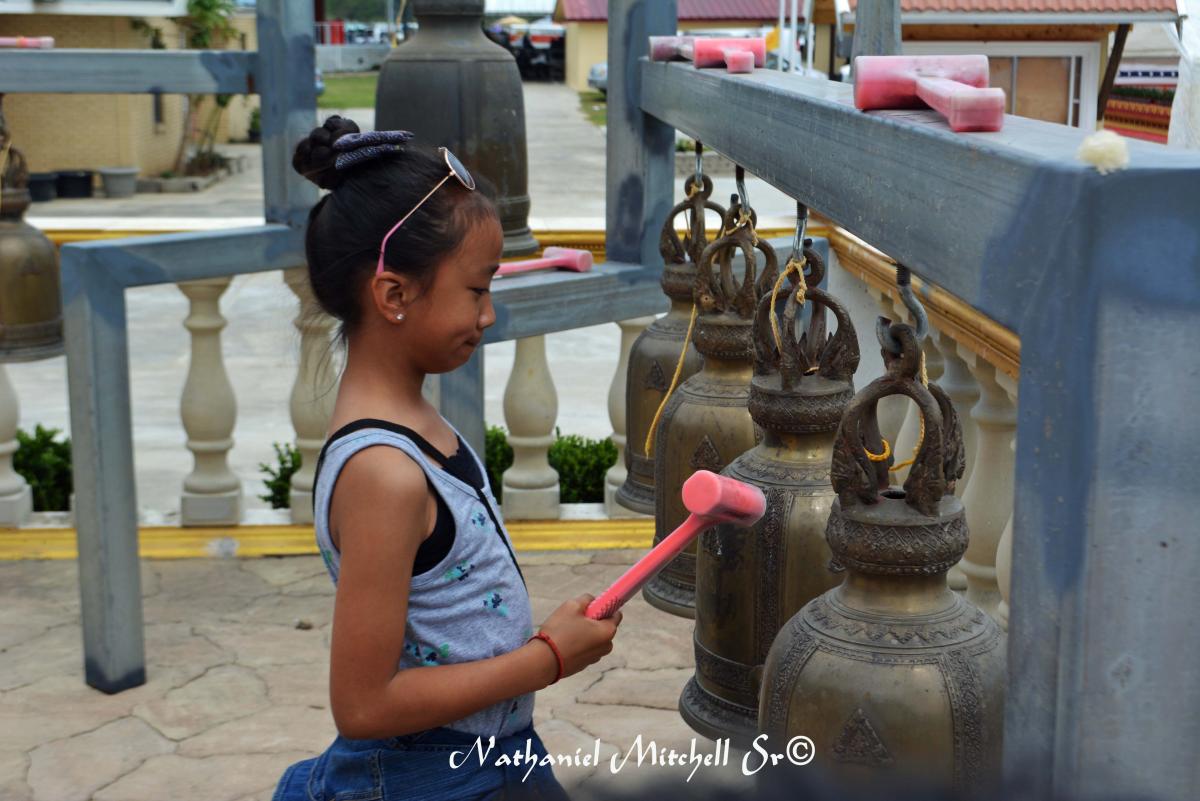 As a matter of fact, their work ethic began to cause problems with several of the locals at one time because the Asians worked, seemingly, without stopping or taking breaks.

I remember hearing a problem at Martin Mills Fruit-of-the-Loom Plant in St. Martinville, LA, due to their work habits. At the Martin Mills Plant the workers had to make "production" in order to earn their wages.

However, the Americans were used to taking mid-morning breaks and mid-afternoon breaks, but the Asians continued working during those breaks, thus increasing their productions, and this caused a pretty big problem which had to be resolved via management because the American women wanted to force the Asians to take breaks during the day also. 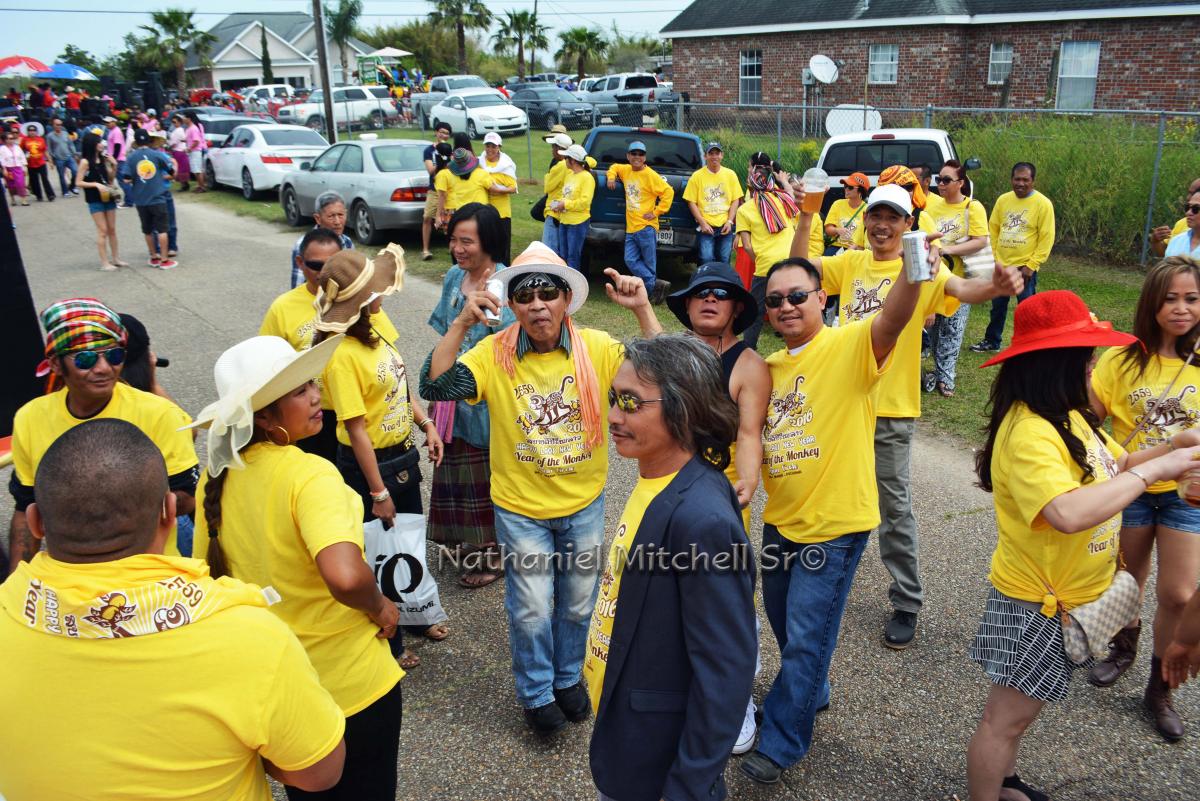 Then there were the Shrimpers in the Bay.

The Asians would work the Bay in "teams." One team would disperse in the morning and they were relieved by a second team in the evening, who worked throughout the night.

Well, that didn't set too well with the locals who set out in the morning and came back in the evening, then went out again the next day.

As a result, the local fishermen began to protest because they felt that the Asians were "over fishing the bay."
Both problems were resolved.

For me, I was employed by the Sheriff's Office and I began working security for the villagers each year during their New Year Celebration.

I organized and monitored the security for the weekend, thus I became more and more familiar with the village structure, the people, and the families.

I noticed that they were a very peaceful people, often extra accommodating and willing to make changes when needed in an effort to "not" cause confusion. 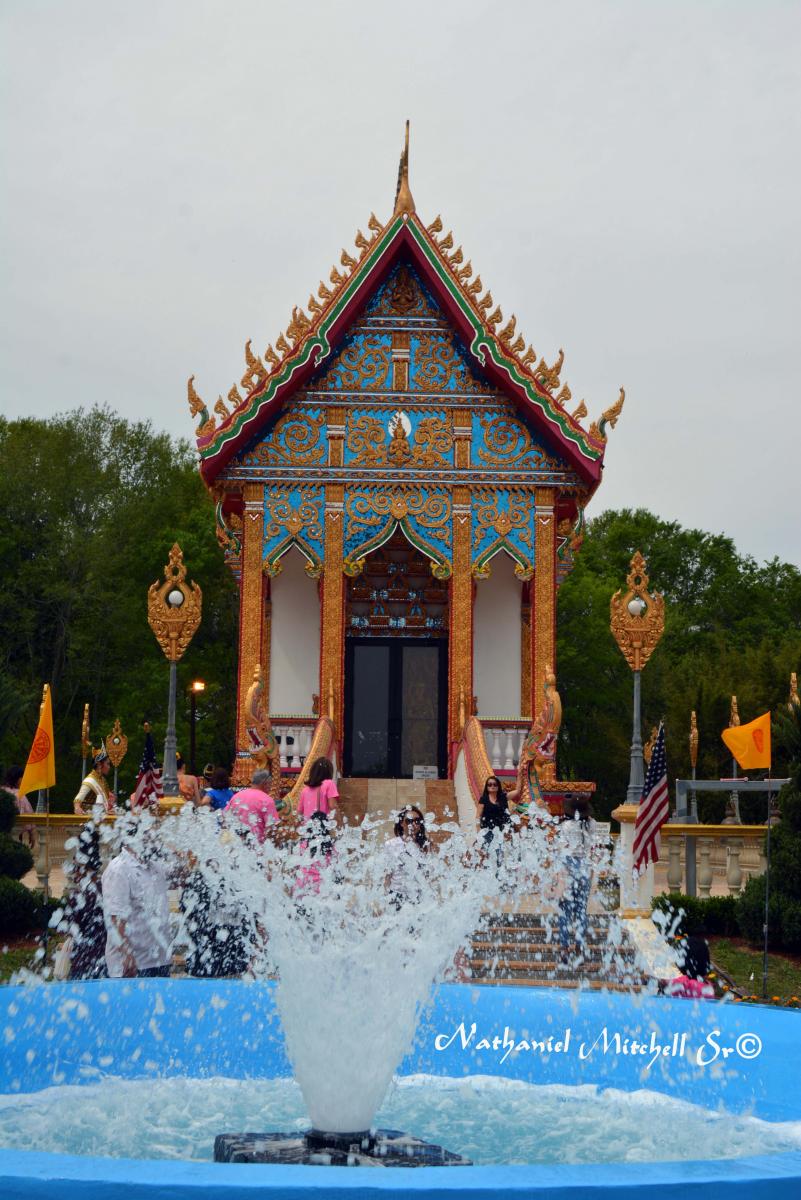 Fast forward nearly 30 years later, when I contacted the friends I've been acquainted with throughout that time and asked them if they were willing to partner with my organization, The Diabetic Kitchen, in hosting a first for the Gulf Coast region, the first International 5K Walk/Run for a Cure of Diabetes and Alzheimer's Awareness.

I was told that it sounded good but the village would have to come together in a meeting to discuss the idea.

My Lord, here's where the "honor" began.

The village leader contacted me and informed me that the Elders overwhelmingly agreed and once again welcomed me with open arms...

My, my, my, what an awesome feeling and honor!

Then I was further "honored" when a request was made of me, to allow them to print my event poster in "their language." I was blown out of the water with pride. 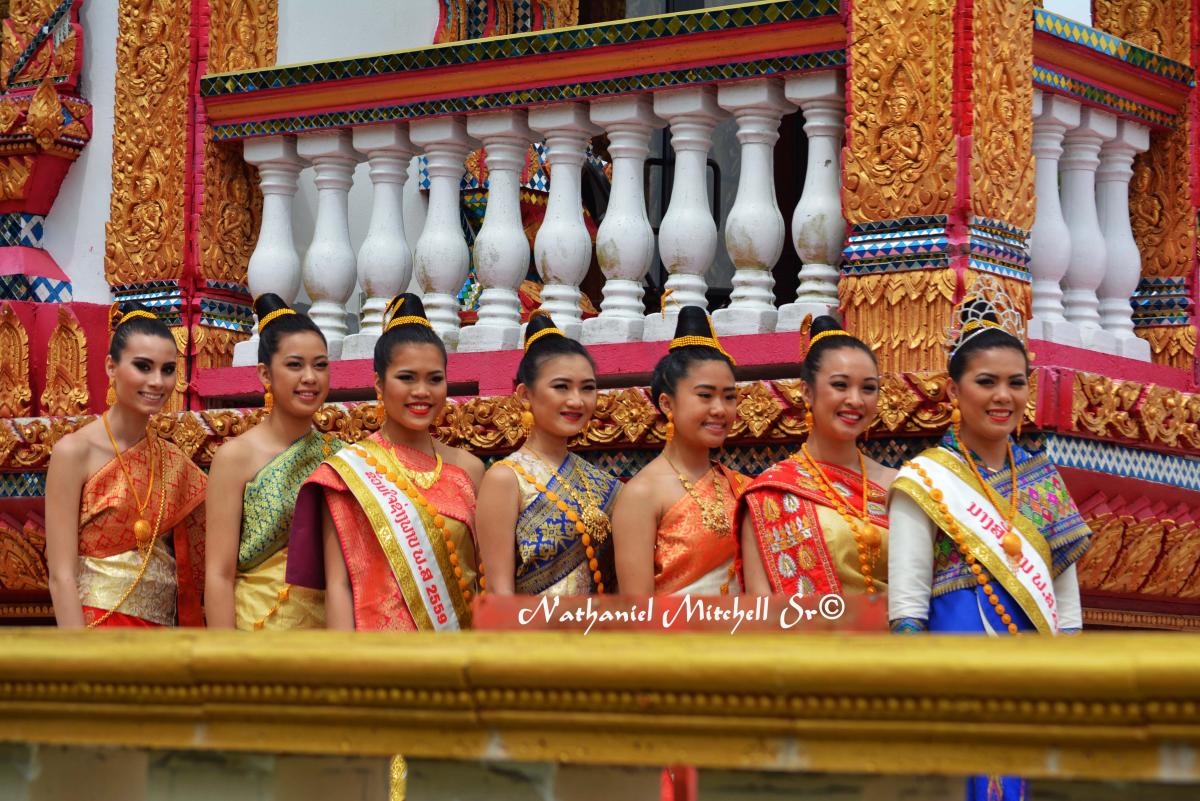 So this morning I'm sharing with you the poster which was drafted in the Laotian script and I also offer to you my Black History entry.

You may ask the question, why or how, "Black History?"

I assure you that this is an example of the History of Blacks on this American soil because once we were unloaded, like cattle upon this land, many of our forefathers escaped and began to mix with the Native Americans, the Cajuns, and some of the Whites who lived in the area, and as a result a very beautiful relation was established throughout this area, and for this I am pleased!

I hope you enjoy both the poster and the importance of the friendship surrounding the poster...

Together, let's continue talking about something good!

Register HERE for the International 5K. 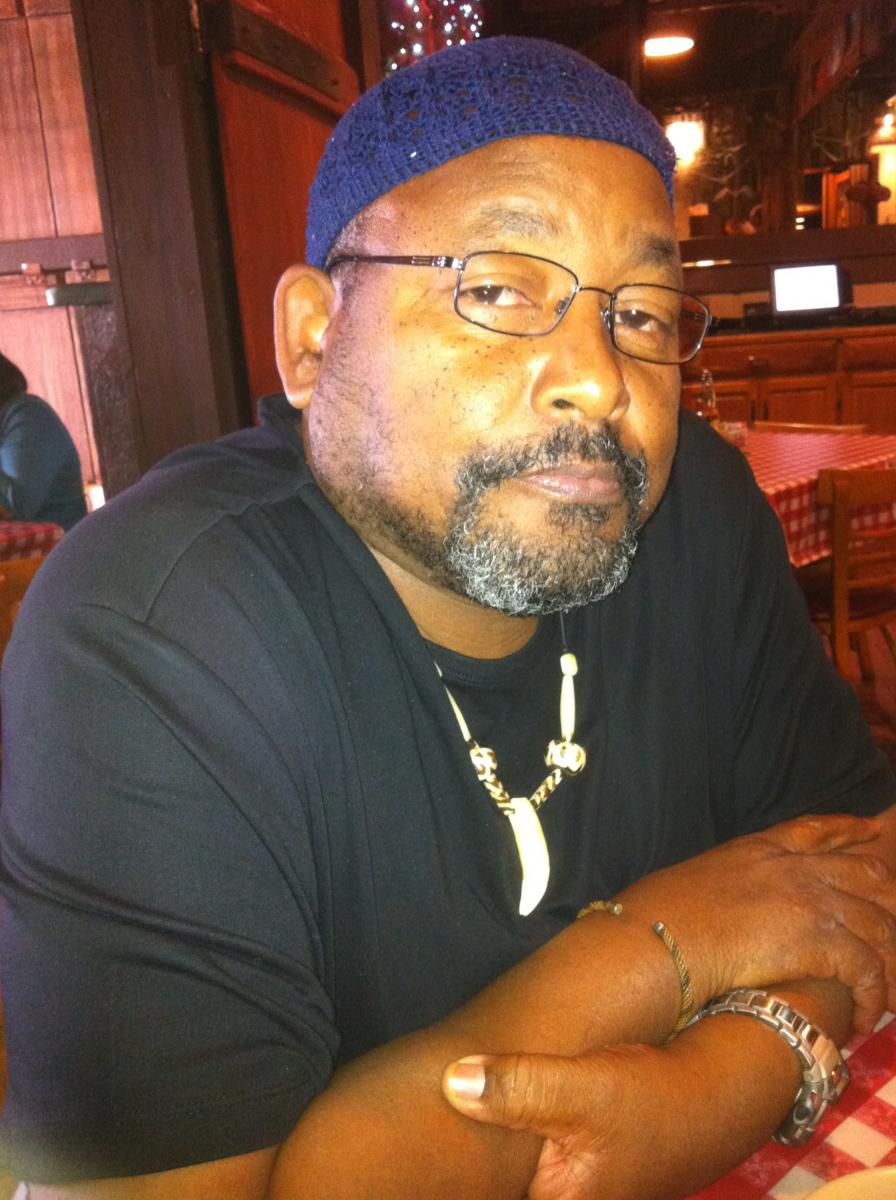