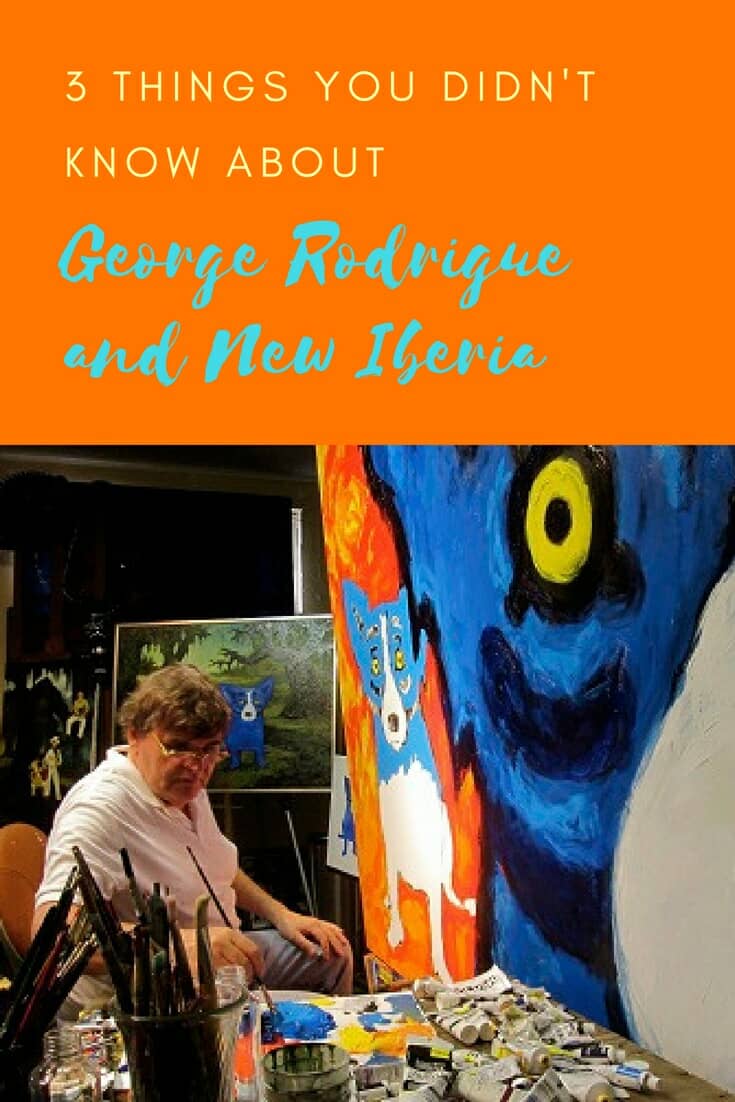 Did you know that the father of the famous Blue Dog paintings was born in New Iberia? Here are three more fun facts about George Rodrigue and his ties to New Iberia.

1. He spent his whole childhood in New Iberia

Born in 1944 on West Main Street to George Sr. and Marie Courrege Rodrigue, George was of French and Acadian descent. His father, a bricklayer and contractor, built a family home on St. Peter Street where young George spent his childhood.

He started painting back in the third grade when he was bedridden after contracting polio. New Iberia didn’t have an art scene at the time and Rodrigue learned his craft from a local artist and correspondence classes.

When he graduated from New Iberia Catholic High School in 1962, he was still set on becoming an artist, to the dismay of his parents who insisted on him getting “a real job.” He went on to study art at the University of Southwestern Louisiana (now University of Louisiana at Lafayette) and the Art Center College of Design in Los Angeles. 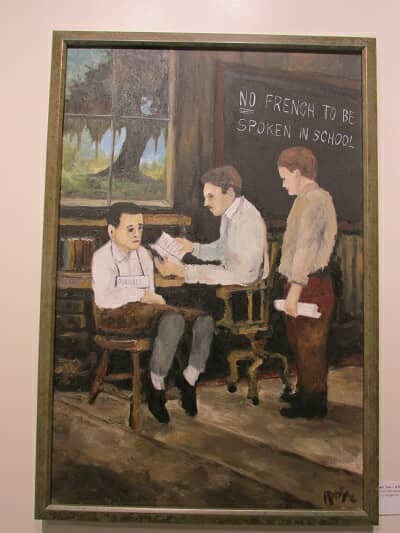 2. He was a strong advocate for art education

Rodrigue first earned acclaim by painting what he knew best, the people and lush scenery of South Louisiana, but it’s his colorful take on the Cajun werewolf, the blue dog, that made him famous. He opened galleries in Carmel, California; and Lafayette and New Orleans, Louisiana.

Because art education wasn’t available when he was growing up, he set out to inspire budding artists by writing art books, visiting schools and children’s hospitals, and by launching the George Rodrigue foundation of the arts, which supports art in education. 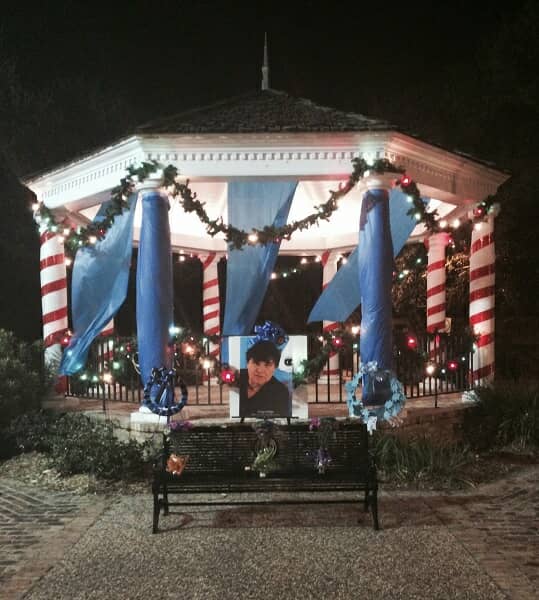 3. He put New Iberia on the art map

When Rodrigue passed away on Dec. 14, 2013 from a cancer related illness, New Iberia's residents honored his memory with blue ribbons and lights on storefronts and local landmarks, including the downtown gazebo at Bouligny Plaza. His final resting place is the Holy Family Cemetery at 2807 Curtis Lane in New Iberia.

The Bayou Teche Museum in New Iberia pays homage to the artist with temporary exhibits, like the “Saga of the Acadians,” and a permanent exhibit featuring the actual studio where he last painted, complete with his last unfinished canvas. The George Rodrigue Park adjacent to the museum honors the artist's memory with a Blue Dog sculpture.

Rodrigue put New Iberia on the art map. He was certainly an inspiration for local artists like Paul Schexnayder who owns a gallery in downtown New Iberia; Wayne Peltier who decorated his restaurant, Clementine, with local artwork and named it after primitive painter Clementine Hunter; and Jerome Weber, founder of Shadows-on-the-Teche Plein Air Competition, a juried event attracting artists from around the country.

Members of L’Acadian Art Guild hang their work all over the state and the Iberia Parish Library features art programming. Art is taught in schools and local talents like Troy LeLeux and Darnelle Delcambre offer art lessons at Schexnayder’s gallery.

The community hosts several art walks and arts and crafts fairs during the year. Local events such as the World Championship Gumbo Cook Off and Books Along the Teche Literary Festival give artists the opportunity to compete for poster design.