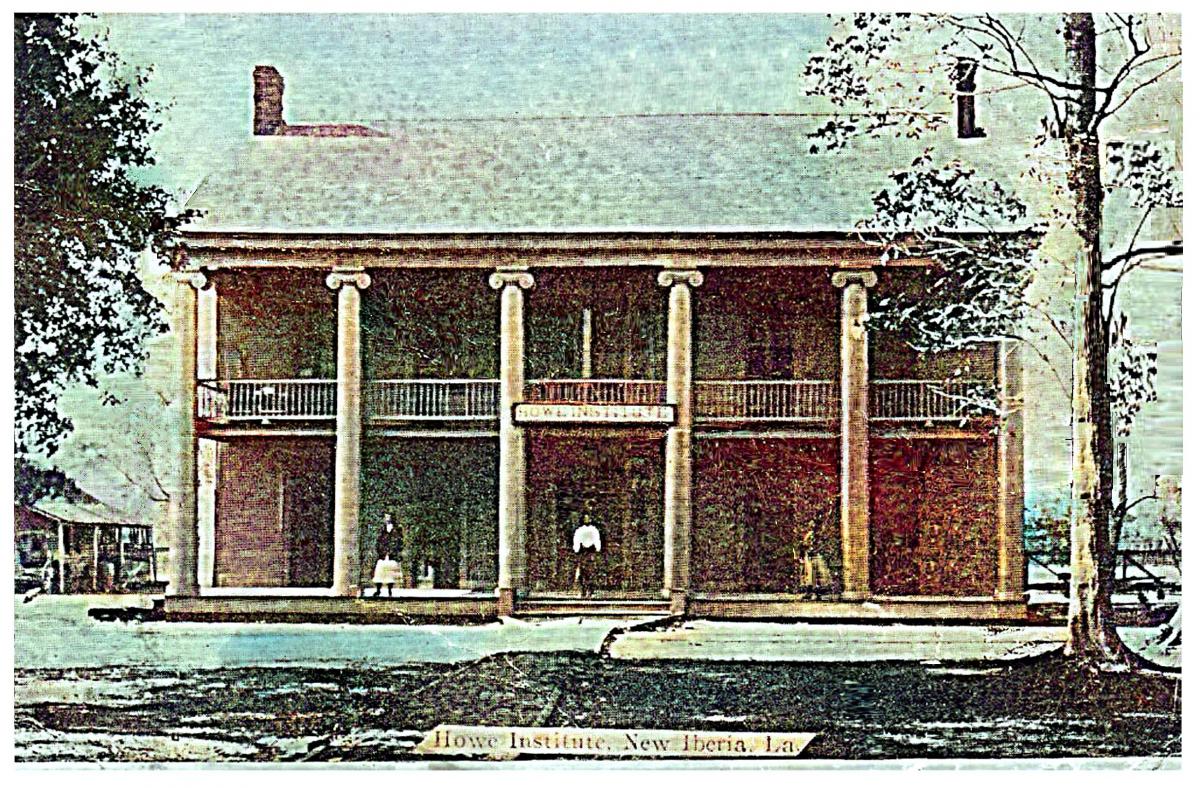 On Nov. 20, 2021, The Iberia African American Historical Society (IAAHS) hosted a series of events in honor of the founding of one of Iberia Parish’s earliest historically Black schools, Howe Institute and in honor of Booker T. Washington’s visit to the school in 1915. They unveiled a state historical marker on the Iberia Street side of the Iberia Parish Courthouse (former site of Howe Institute) in New Iberia. 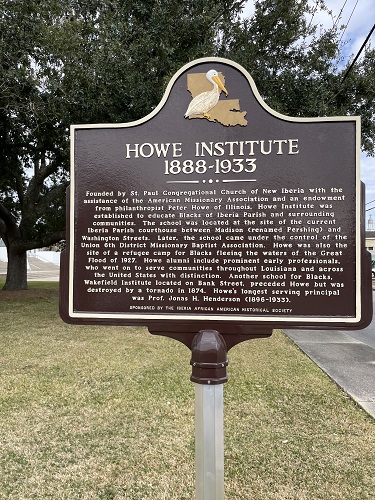 The school was founded in 1888 by the St. Paul Congregational Church of New Iberia under the leadership of Pastor Byron Gunner whose vision it was to establish a private preparatory school for African Americans of New Iberia and surrounding communities.

Named for Illinois philanthropist Peter Howe who donated thousands of dollars for its construction, the institute was located at 107 W. Washington Street. State and national newspapers of the day reported that when Prof. Washington visited the school in New Iberia, thousands turned out to hear him speak. 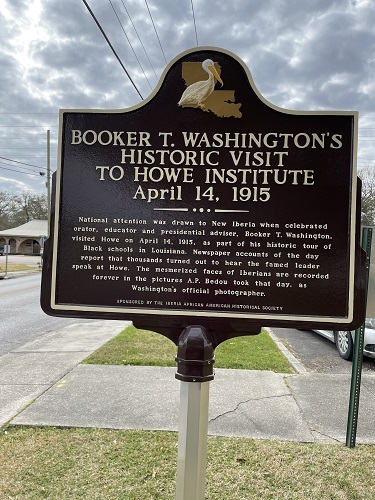 Dr. Bieze spoke on Howe’s founding, the significance of Prof. Washington’s visit, and the importance of the pictures that chronicled that visit. Dr. Tiffany Caesar of the Margaret Walker Center at Jackson State University provided an overview on the significance of early Black education in the South.

Also, in keeping with IAAHS tradition, the arts were infused throughout the occasion. Mr. John Reedom and his musicians provided music reflecting the gospel music tradition of the community. Also, an oil painting donated by celebrated New Iberia artist, Jerome Weber, was featured in a silent auction.

The day culminated with the unveiling of a state historical marker (generously funded by the Hopkins Street Revitalization Association, Inc.).

For additional information about the IAAHS and future commemorative events, check the organization’s website or facebook page. They may also be contacted via email.