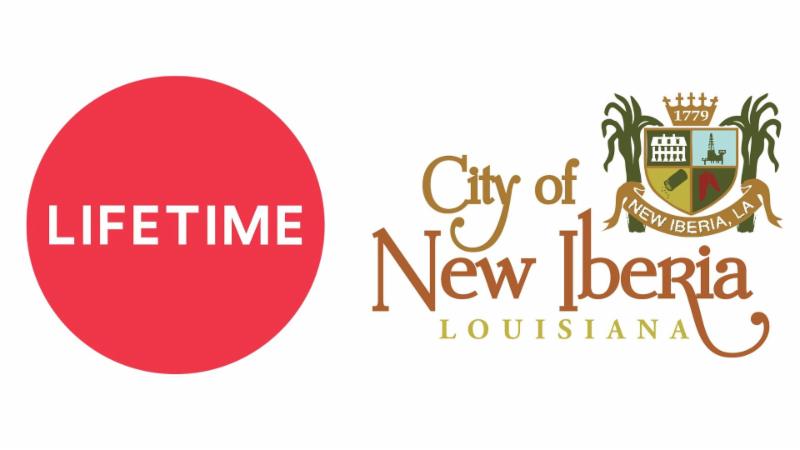 When the announcement hit the Iberia Parish news circuit, and local morning coffee hotspots, that a Lifetime movie was going to be filmed in town, one of the first questions asked was "where are they filming?" The production chose numerous locations in New Iberia to star as the backdrop in Christmas in Louisiana. We've gathered a few for you to keep your eye out for during your repeat viewings this holiday. Grab some cocoa, crank up the Bing Crosby and let's dive in! 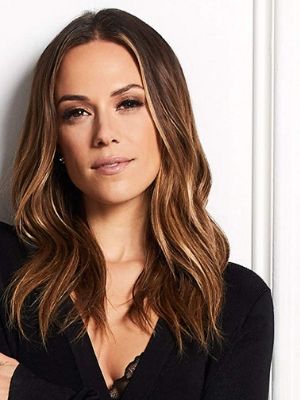 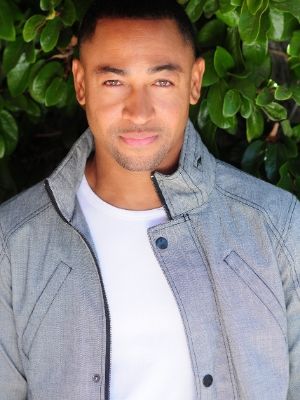 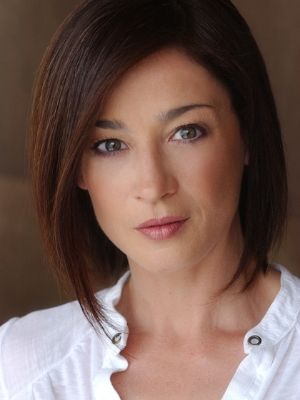 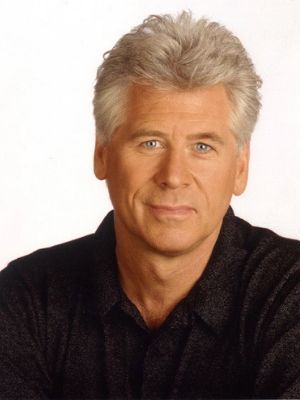 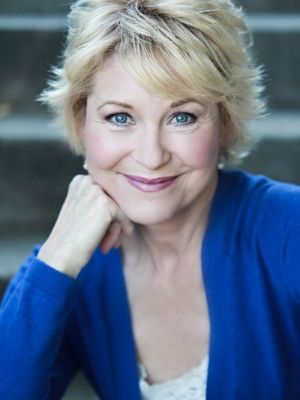 The main cast includes country singer, and One Tree Hill alum, Jana Kramer; Percy Daggs III of Veronica Mars fame; The Cutting Edge star Moira Kelly; Brad Majors himself, Barry Botswick of the cult classic The Rocky Horror Picture Show; and Dee Wallace who is best known for her role in E.T. the Extra-Terrestrial. Extras were chosen from the community to have background roles in the film. Local staples such as the Berry Queens participated in scenes like the Christmas boat parade on Bayou Teche and Iberia Travel's own board member, Germaine Comeaux, and her husband Glen, were extras in those scenes as well as the "drive around"  portion in Ted and Antoinette McIntyre's checker cab on New Iberia's Historic Main Street (photo at the end).

Comeaux said, "It was fascinating to observe the creation of a movie from the perspective of a background extra. I am excited to watch the final product!" 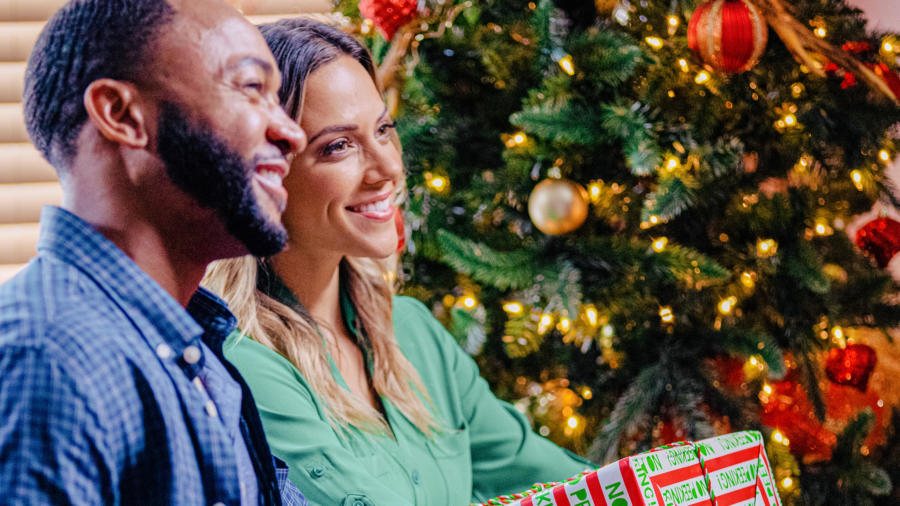 Lifetime's synopsis reads: "The Winter Family is Christmas royalty in New Iberia, Louisiana, and Sarah Winter (Kramer), a successful lawyer and former Miss Christmas, is no exception. When she returns home to celebrate the anniversary of the town’s Sugarcane Christmas Festival with her mother (Kelly) and her grandparents (Wallace and Bostwick), she rediscovers the magic of the season--and a little romance-- with her former Mister Christmas, Luke (Daggs). Christmas in Louisiana is produced by Active Entertainment. Ken Badish and Daniel Lewis serve as executive producers." Click here to watch the preview. 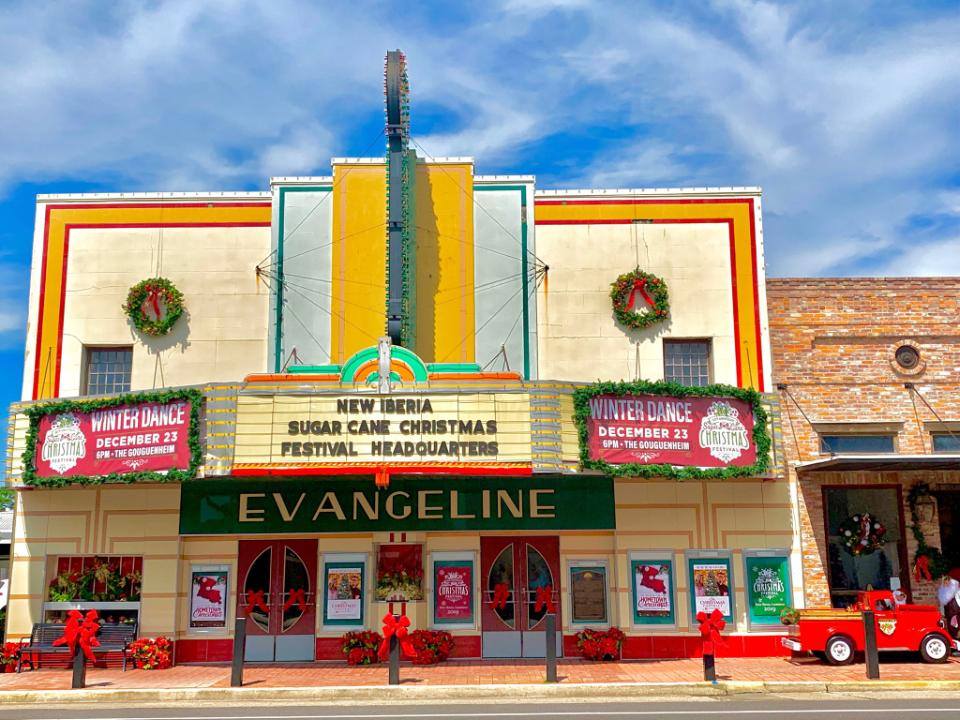 1. Evangeline Theatre/Sliman Center For The Performing Arts
129 E. Main St.
In Christmas in Louisiana, the Evangeline Theater is the headquarters for the "Sugarcane Christmas Festival" boasting giant banners for the upcoming Winter Dance where our characters will dance their boots off. This is where our main characters first meet in the movie. The theatre actually started its life as a wholesale grocery building in the late 19th or 20th century. Remodeled for a movie house in 1929, the building has an Art Deco façade and is clad in stucco and pigmented structural glass. It was donated to the City of New Iberia by the Sliman family in 1994, then State Representative "Bo" Ackal secured funding to preserve and restore it to its useful purpose. 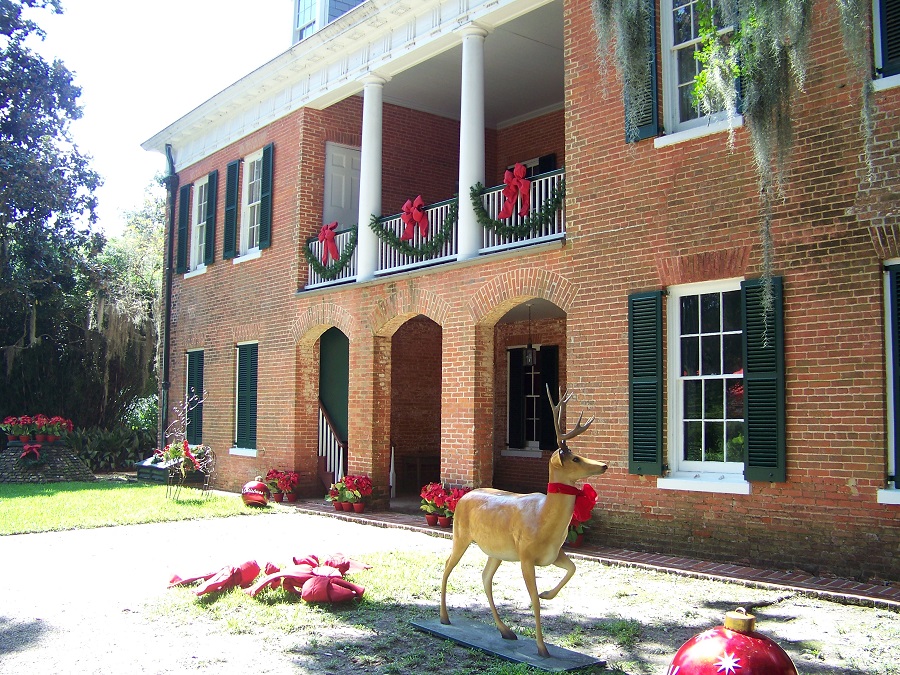 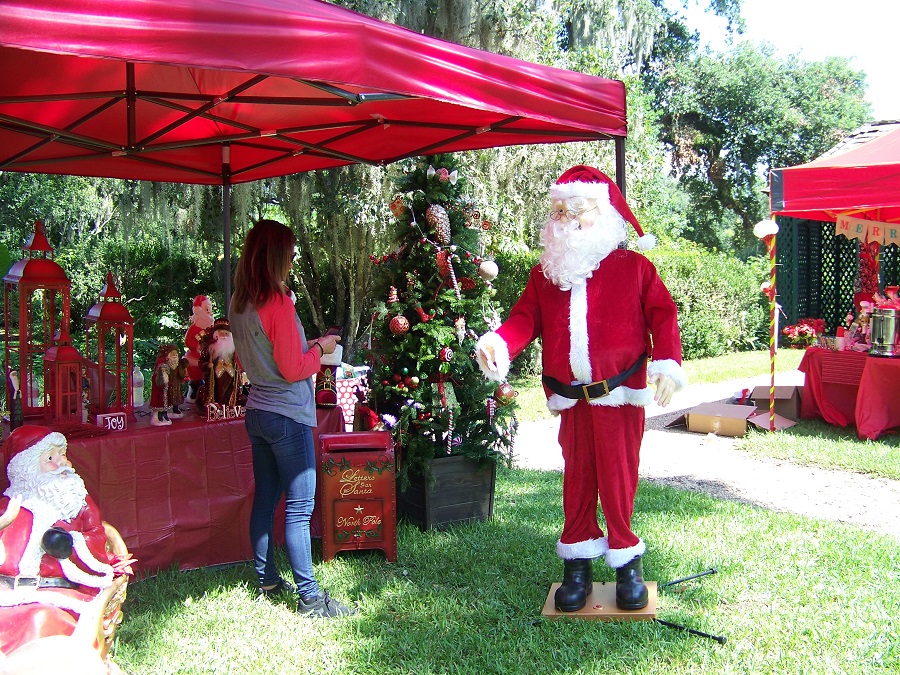 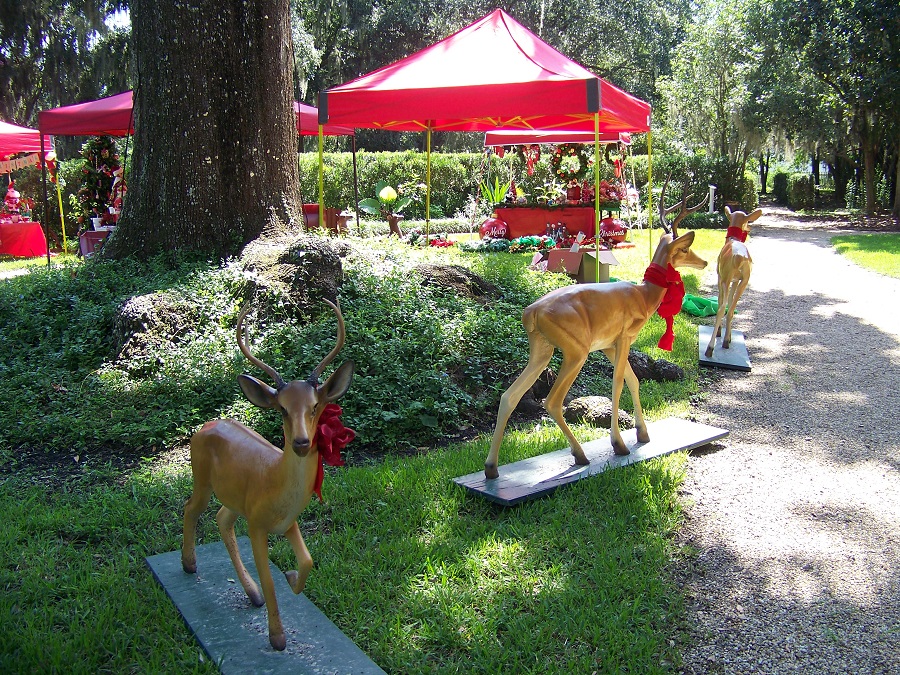 2. Shadows-on-the-Teche
317 E. Main St.
The Shadows was used as the setting for the film's holiday market. The Shadows tells the story of four generations of the Weeks family, whose fortune was made in the sugar industry utilizing enslaved labor, and whose story offers a window into New Iberia during tumultuous times in our country’s history. When William Weeks Hall, the last member of the family to reside in the house, donated the Shadows to the National Trust for Historic Preservation, his donation included the house and the gardens, but also original family furniture and over 17,000 documents, which lead to the tour experience being one of the most well documented in the country. Read more here about the plantation home and why your trip to New Iberia isn't complete without a visit to Shadows.

3. New Iberia City Hall
457 E. Main St.
The forecourt of City Hall was used as additional scenery for the holiday market. The building houses the City of New Iberia's various departments and services, as well as the city's Main Street Program and the Mayor's office. 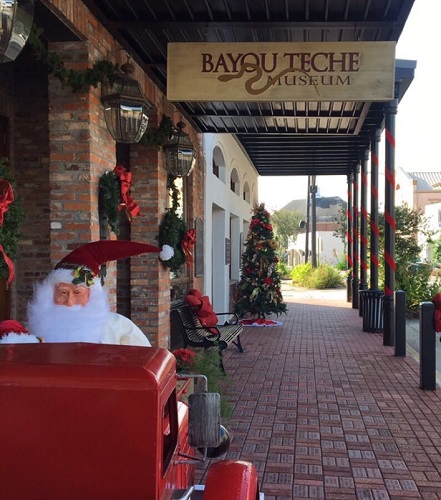 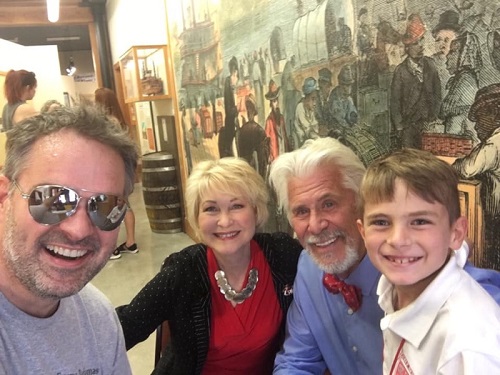 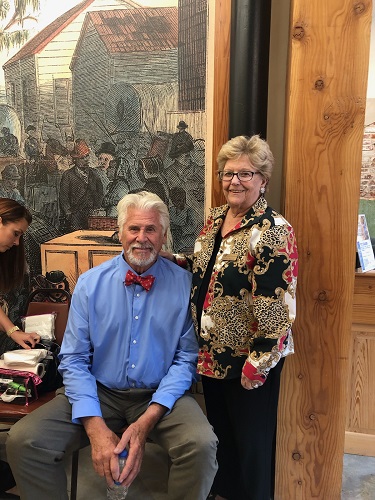 4. Bayou Teche Museum
131 E. Main St.
Scenes at the museum took place primarily outside on the street, but the museum also served as a private rest/break area for the stars during filming, blocking, etc. The state-of-the-art museum houses a permanent collection of artifacts and memorabilia from the region telling the story of a growing city, its people, culture and industry, all centered around the "snake-like" curves of the Bayou Teche. The Museum offers entertainment and interactive and educational opportunities for visitors and groups of all ages. (Pictured left to right: Jason Bayard, Dee Wallace, Barry Bostwick & Bayard's son, Fox; Barry Bostwick & Tonya Scott, museum employee)

5. Bayou Teche Trading Company
301 W. St. Peter St.
The performance and event venue has a vintage hometown feel with exposed brick walls and the open air patio that made the setting perfect for a Christmas movie. 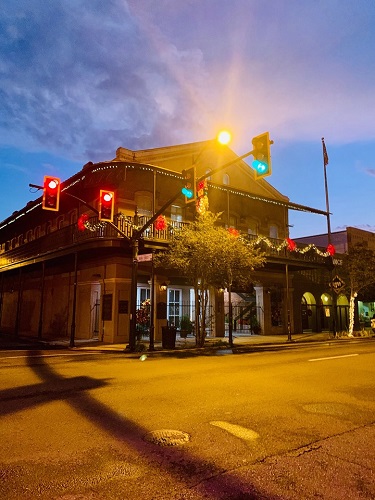 6. Gouguenheim
101 W. Main St.
The Gouguenheim was the location for the Christmas Dance that our cast of characters attend. It is located in historic downtown New Iberia and has four suites with private entrances and spacious balcony area. Some of the film's stars stayed here during production.

7. Steinberg Building
232 W. Main St.
It's no mystery why this building was chosen for the film, as its front facade features an eyecatching circular window and is located in the National Register Historic District with easy access to all that Main Street has to offer. In 1894, the bottom floor was the office and printing shop of the Weekly Iberian. Later, when telephones came to New Iberia, the second floor was the telephone exchange. 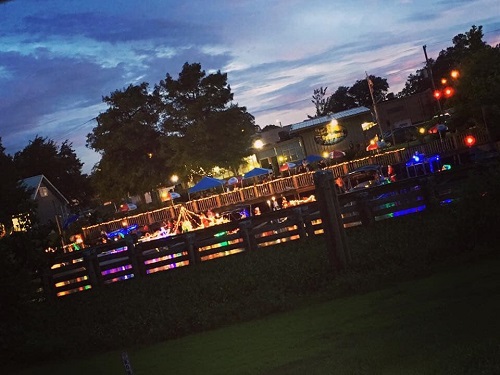 8. Pelicans on the Bayou
5 Jefferson St.
The restaurant closed shop one day to allow the production to utilize its large open space. Boat parade scenes were shot here, too. It is a local favorite, offering fresh seafood, poboys and plate lunches all served on the bank of Bayou Teche with live music and entertainment on select nights. (Photo by Joleigh Hulin) 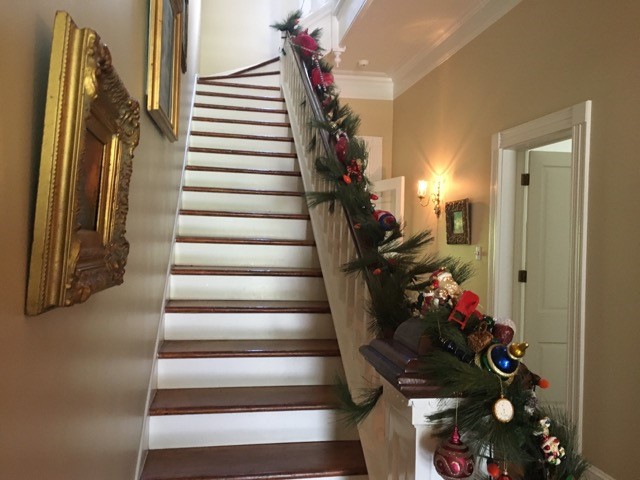 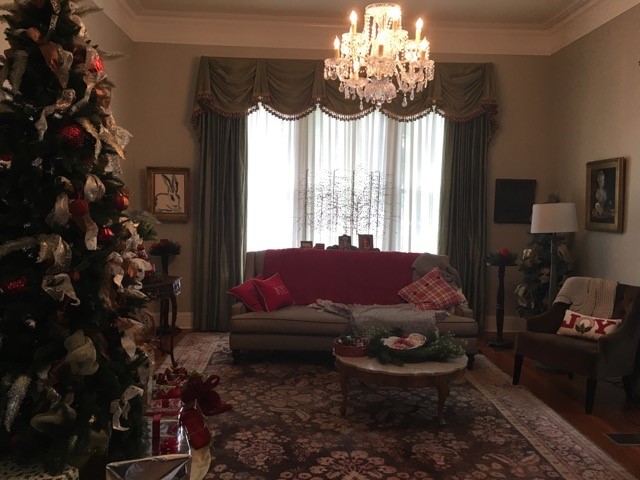 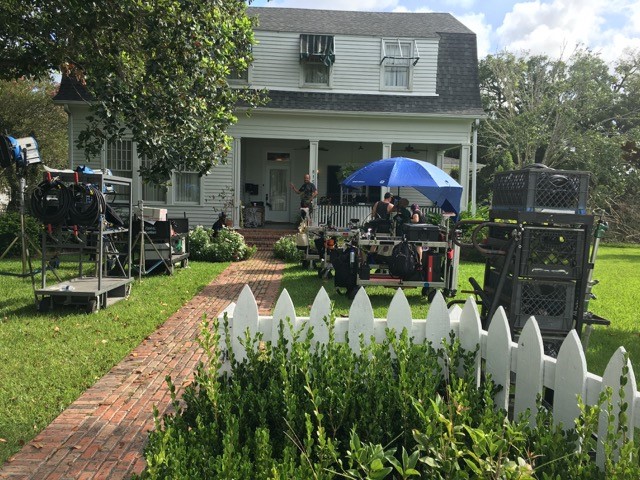 9. Belanger House
815 E. Main St.
In the film, this location serves as a family home. The home sits at the very beginning of the Historic District and was built in 1907. This was the city's first Postmaster's home. The Milton Belanger, Jr. family purchased it from the Leonard Barrow, Jr. family on Jan. 6, 1987. It was extensively renovated by the Belanger family who did most of these renovations on their own. 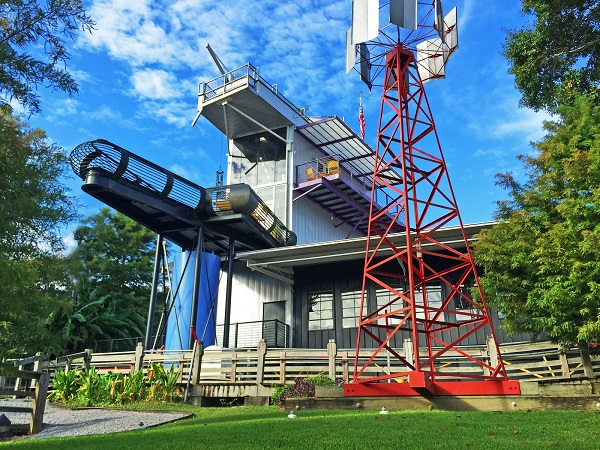 10. Tensas Tower On the Teche & Candlewood Suites
111 N. Weeks St. & 2600 Hwy. 14
Although neither of these locations were featured in the movie, this is where the cast and crew called home while in Iberia Parish. Click the headers to book your room today to stay where the stars did! 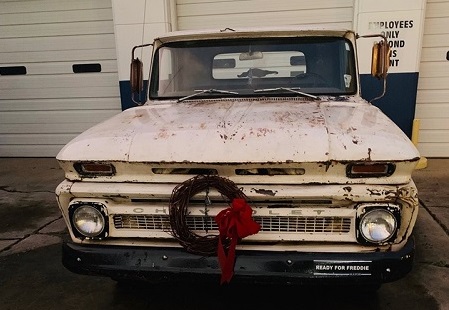 11. Chevron (Gulf) Service Station
200 W. Main St.
Louis Segura, son of one of the original Spanish colonists, built a home on this lot. Some of the later owners were William Kramer who set up a bakery and a confectionary in the building, and Max Mattes. In 1927, the home was dismantled to make way for the Gulf Tire Station. 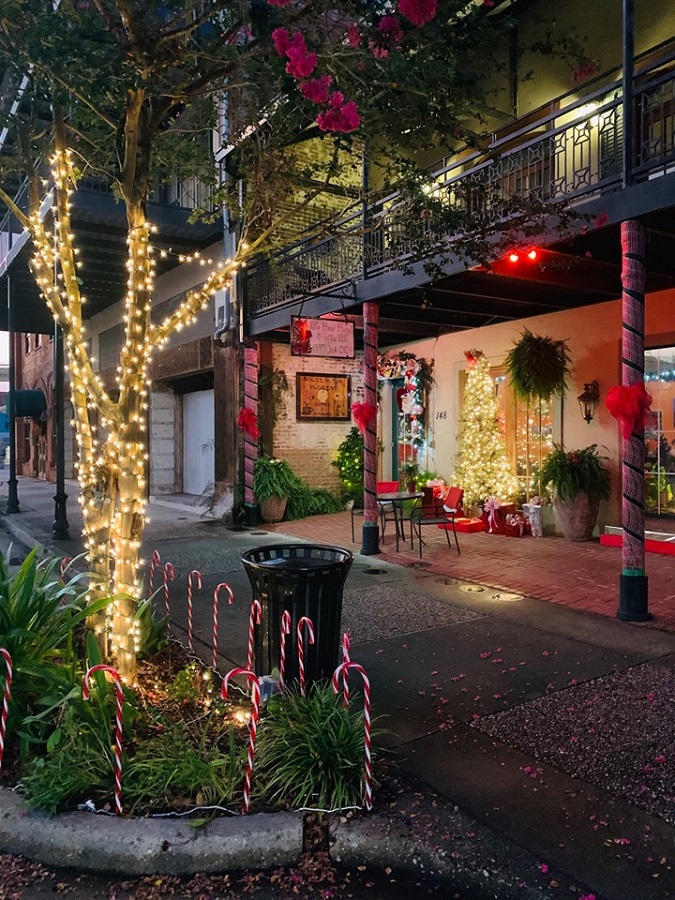 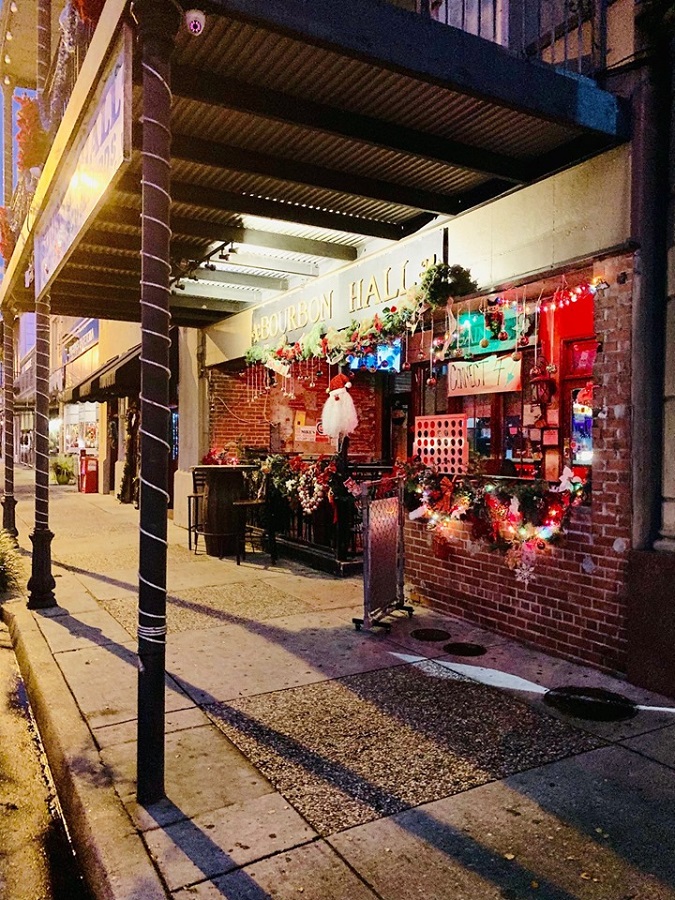 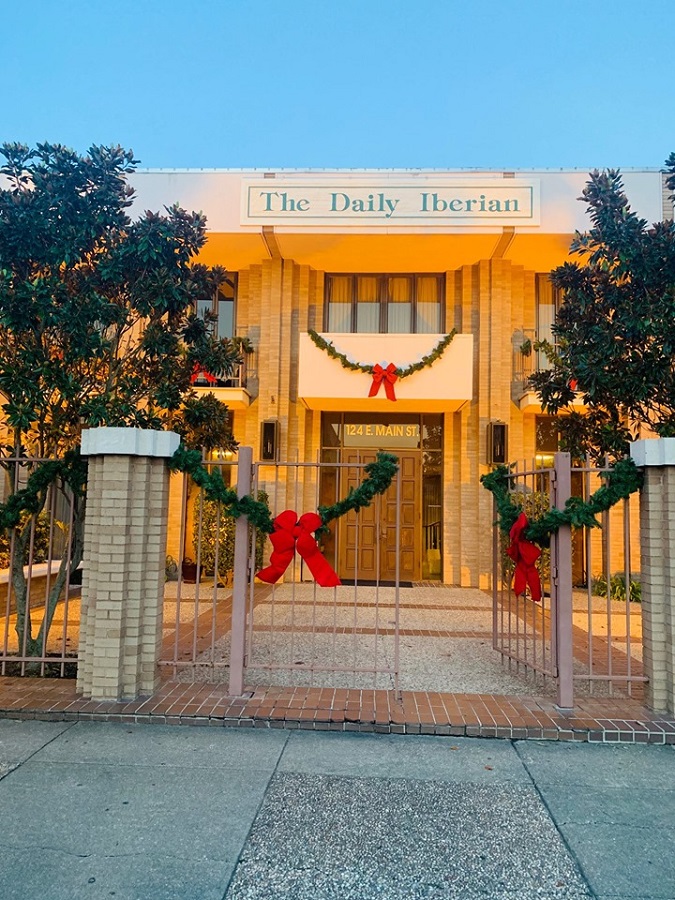 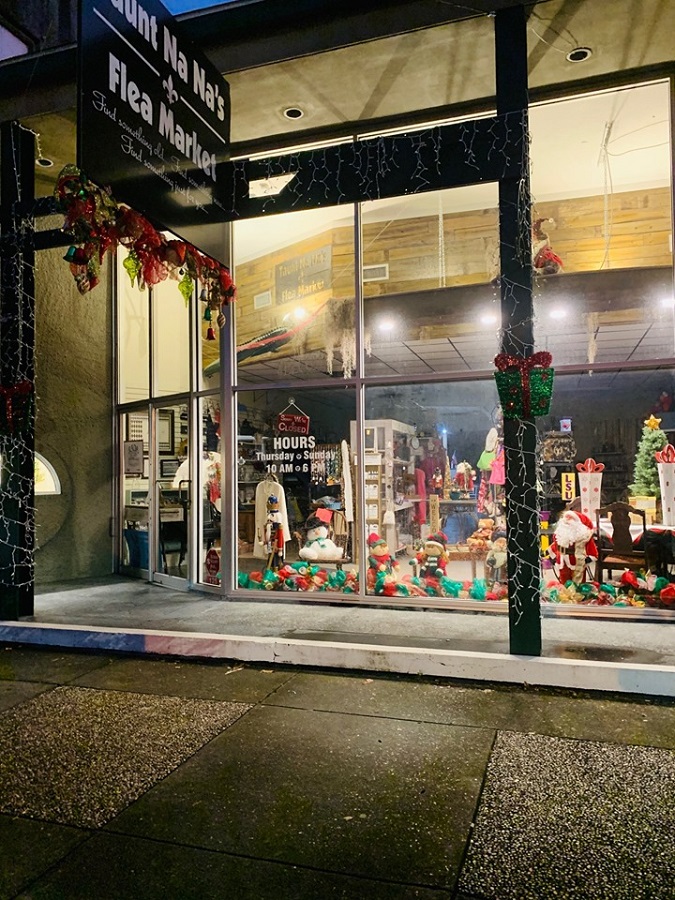 12. Main Street New Iberia
A drive down Main Street during filming in September felt like traveling from the “Queen City of the Teche” to a Christmas village, ableit one with 90 degree weather. The town really pulled out all the stops when it came to dressing up the National Register Historic District in holiday splendor. New Iberia's Main Street prospered during the steamboat era when Bayou Teche was the main route of commerce. Today the bayou is a national paddle trail and main street is thriving with quaint boutiques, specialty shops, restaurants and special events. 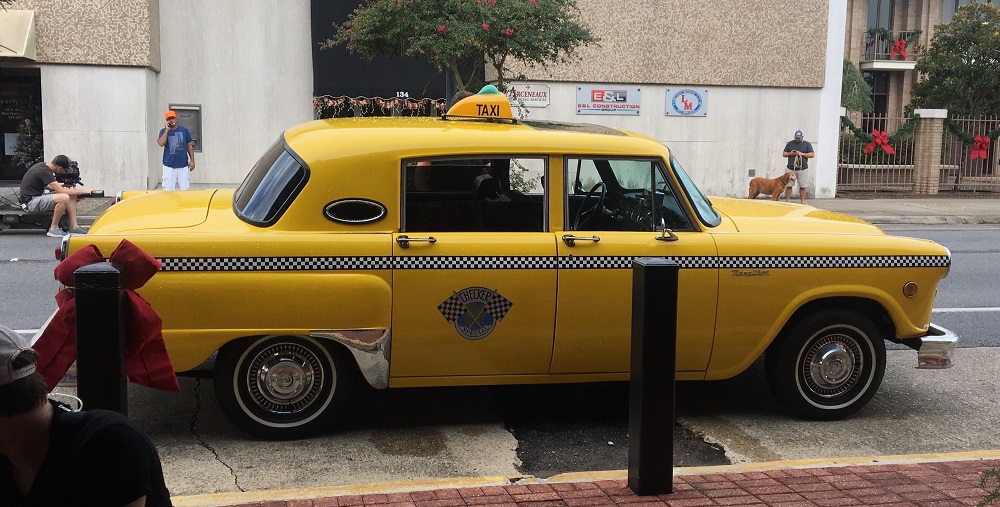 The City of New Iberia will hold a premiere downtown at Bouligny Plaza (102 W. Main St.) on Nov. 14, 2019 for a showing of the film before it is released nationwide on Lifetime on Nov. 16, where it will run throughout the season in the network's "It's A Wonderful Lifetime" holiday programming. For more information about the premiere, contact the City of New Iberia at (337) 369-2300, website or Facebook.

Once you've seen the film, be sure to visit all the New Iberia locations we mentioned so you can experience your own Christmas in Louisiana. 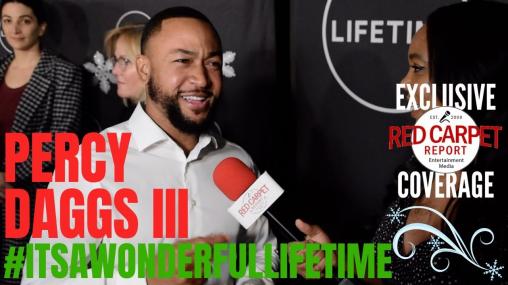