It's hard to answer when people say to talk about me. To which me are you referring? Philanthropist-in-training? Typical millenial facing the 20-Something Blues? Guybrarian with a penchant for big events and troublemaking? I remember when I met certain people in my life, depending on what career they ask me about. If it's writing, then I know you're from my elementary years. If it's acting, then high school. If it's filmmaking then college. And if it's non-profit work then you just met me. However a constant through all of that is the place I work at right now, Iberia Parish Library. I've been a patron there since I was 8, worked there since I was 17, and I left to come back as their Community Relations Coordinator in the fall of 2014. So that's 7 1/2 years that I accidentally built up at a place of employment. Yay! But if you ask some people, I’ve been working there since I was 10. 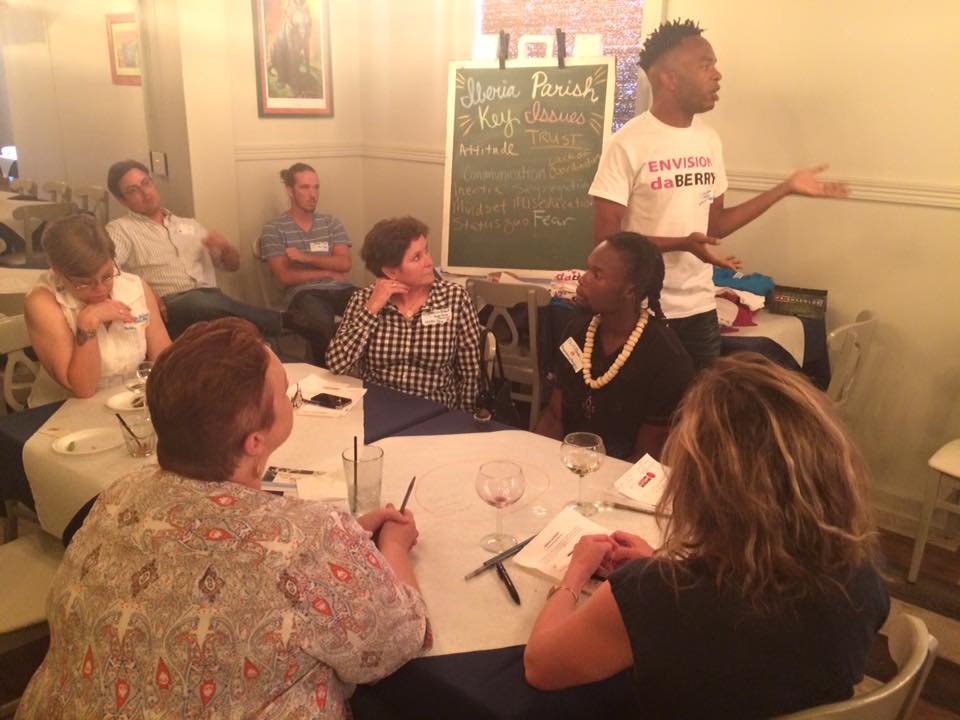 After such a stint, it’s weird to say that I’ll be leaving by the end of December. These seven buildings and its 33 staff members are like a second home and family to me. But I’m leaving them and the patrons we serve in great hands. I know that next year you can expect to see lectures ranging from: the history of leprosy in January by Claire Hanes, Dr. Naima Johnston-Bush singing her musical lecture on the history of Negro Spirituals in February, photographer Philip Gould will stop by in March to share his photos of Germany and Poland, and there’s so much more. Flower shows for kids, beer making for adults, board game nights for everyone in between, and tons of activities happen every month at your local library. It’s been my joy for the past two and a half years to facilitate these events and relationships throughout Iberia Parish and beyond. 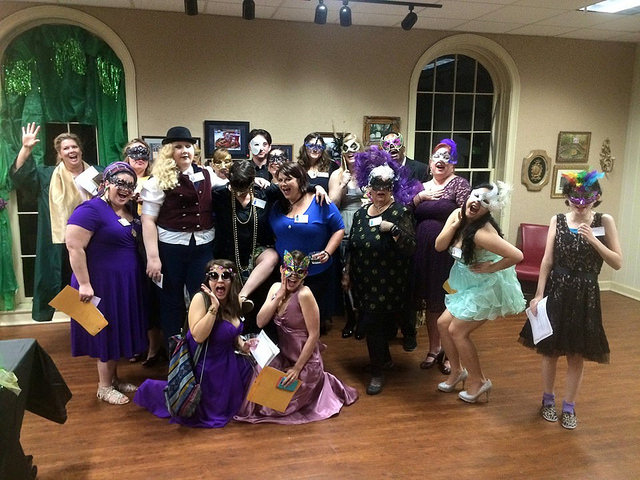 Meanwhile, my work with non-profits largely revolves around Envision da Berry. It has included singing Showtunes for the better part of three years at Beau Soleil Cafe on the last Saturday of every month. I’ve helped to build a community garden at A. B. Simon Housing Authority - mostly I played with the tons of kids there while the “real” adults handled the labor part. I’ve decorated windows for two years for our Wonderland project. I’ve done a ton of videos in the three years I’ve worked with them and as an assistant to local philanthropist Phanat Xanamane. I’ve worked at Iberia Community Garden where I got vegetables in exchange for sweat. I’ve had about six jobs total in this city and each of them has been a blast. I have affiliations from the Optimist Club, of which I am a member, all the way to Teche Ridge, and I look at my list of contacts and think “Is this normal for a 25 year-old? Eh, ‘normal’ is overrated anyway.” 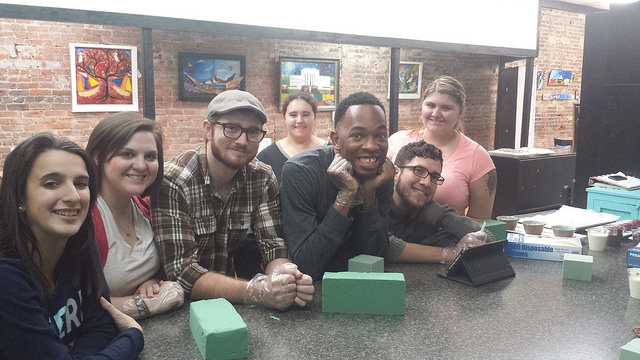 Again, I was able to connect all those people and their respective talents at one location, the library. Which means my day-to-day job basically became playtime with my friends as we worked on projects to better the people in our communities. I like to think that because of my work, I've built up a reputation for being known for three things:

So with this blog post I’d like to thank Fran, Celine, Brittany, and Doobie for being incredible pseudo-co-workers and all of my associates who’ve helped me in tenure as Community Relations Coordinator for Iberia Parish Library. And I hope I did some good.