The gala's theme this year refers to the year that "The Creature of the Black Lagoon" movie was released and played at the Evangeline Theatre.

"The Creature" is the subject of one of the George Rodrigue original mixed media artworks the museum unveiled. It will be on view through the summer of 2017.

The pièce de résistance that same evening was the unveiling of the actual art studio where Rodrigue last painted, together with his last unfinished painting.

The studio is a permanent museum exhibit.

2016 was a very productive year for the New Iberia Museum Foundation.

They are working on continuing funding for the transformation of the adjacent wing and will continue this growth and expansion thanks to the support of the community. 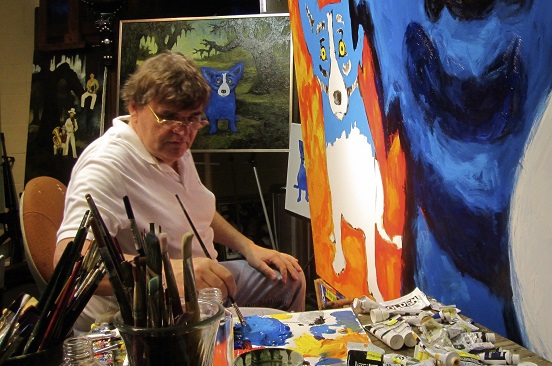 Rodrigue was born and raised in New Iberia and studied art at the University of Southwest Louisiana (now University of Louisiana at Lafayette) and the Art Center College of Design in Los Angeles.

His most famous series, the "Blue Dog," is inspired by the French legend of the loup-garou (werewolf).

Rodrigue passed away on Dec. 14, 2013 from a cancer related illness.

His final resting place is the Holy Family Cemetery at 2807 Curtis Lane in New Iberia.