From West Africa to Southwest Louisiana: The Origin of Gumbo 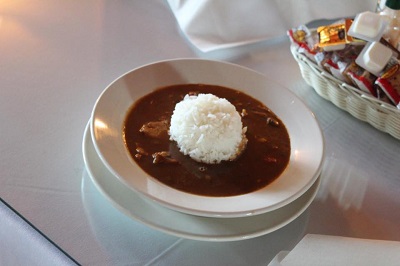 Did you know that gumbo is not original to Louisiana?

Most food historians agree that this popular South Louisiana dish has its origins in West Africa.

Consider the word “gumbo” which comes from the West African word “ki ngombo” for “okra”.  West Africans used okra as a thickener in their version of the dish. The original West African gumbo has been described as stew-like, thickened with okra, and containing fish and shellfish. 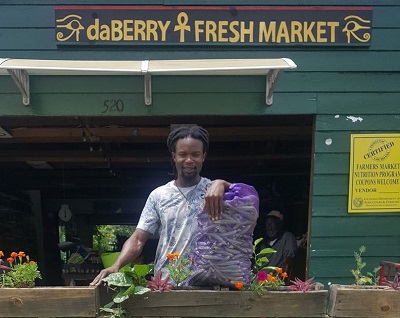 When West Africans were brought to the Americas during the transatlantic slavery period, they carried with them pods from the okra plant which was not native to the Americas. They planted the okra seeds in the soil of this new world and introduced their traditional African dish to the Americas.

In this way, the enslaved Africans preserved their West African culinary tradition for preparing gumbo by transplanting its key ingredient, okra.

South Louisiana gumbo has been described as an intersection of three cultures: West African, Native American, and European.

Each culture contributes to what South Louisianians recognize as its signature dish.  As previously discussed, okra is used as a thickener of the West African version. The Native American contribution to the evolution of the dish is the use of file’ powder.

Many Louisiana cooks use file´ to flavor or thicken their gumbos.

File´ is made of dried sassafrass leaves ground to a fine powder. Initially, cooks used file´ as an alternative to okra as a thickening agent. Today file´ is more commonly used to flavor the dish at the table (like a condiment). 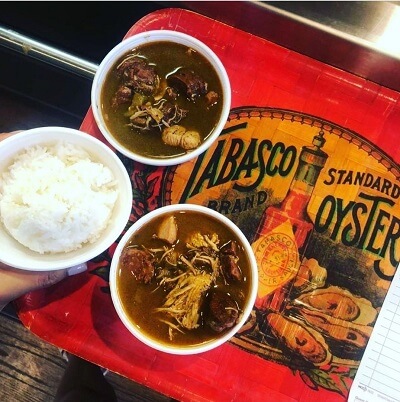 The European contribution to the evolution of gumbo is the use of roux as a thickener instead of file´or okra.  Roux originated in France and is prepared by browning flour in a hot skillet in fat to a desired color (light to dark).

As a thickener, Roux is undeniably the most popular method used today to prepare Louisiana gumbo.

Gumbo is a “….prime example of how West African foodways took root in the Southern colonies and over time gave birth to some of the regions’ most iconic dishes.” - "The Real Story of Gumbo, Okra, and Filé," Seriouseats.com 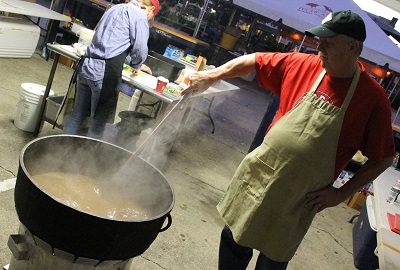 To sample over 100 types of gumbo, check out the World Championship Gumbo Cookoff held every October in downtown New Iberia.

If you enjoyed, read: