While my co-travelers went for a cold drink, I waited outside enjoying the lovely weather – sunny and 68 degrees. On “Four Corners,” the most northeastern town of the United States, the steep street lead down to the bridge that crossed over into Canada. 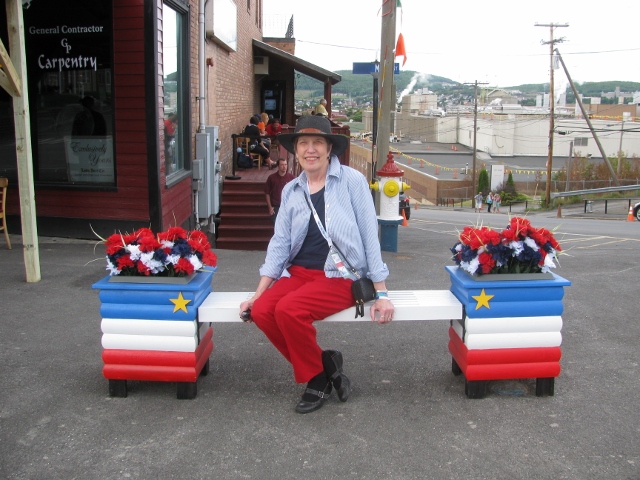 I met many friendly Acadians from Montreal, Quebec and small towns nearby who were coming to the festival. I was interviewed by a French reporter and photographer from Paris, asking about my reason for attending. I explained I was representing the Iberia Parish Convention and Visitors Bureau and was interested in my French heritage (Hebert and LaDouceur families). I invited the French media to visit Louisiana.

On “Acadia Day” in Madawaska, more than 4,000 people attended mass, including bishops and priests from Quebec, New Brunswick, Maine and beyond. Many families were dressed in traditional Acadian costumes carrying flags with family crests. A huge choir sang beautifully. The procession after mass included children ringing bells and the Knights of Columbus in full dress… it was an impressive event. 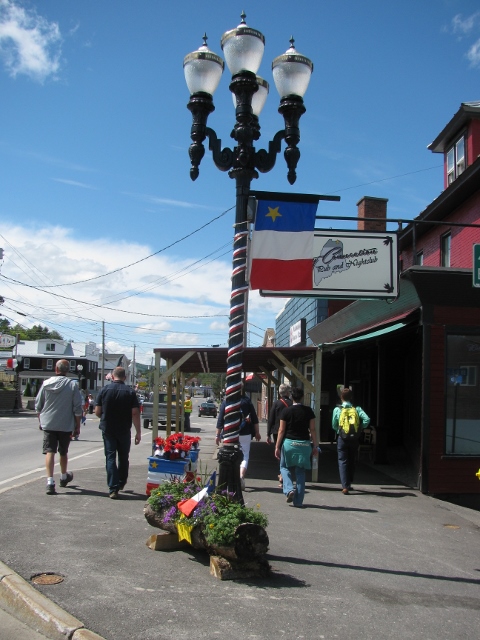 The Tintamarre in downtown Madawaska (similar to a Mardi Gras parade) began with the ringing of the church bells for one-half hour. There were lots of families and costumed participants. An estimated 9,000 people were present and brought along noise makers. The noise level reached its peak around 6:30 p.m.

The night concert with Zachary Richard, Lisa LeBlanc and other famous musicians drew a large crowd. The night air was cool and, thankfully, there was no rain. 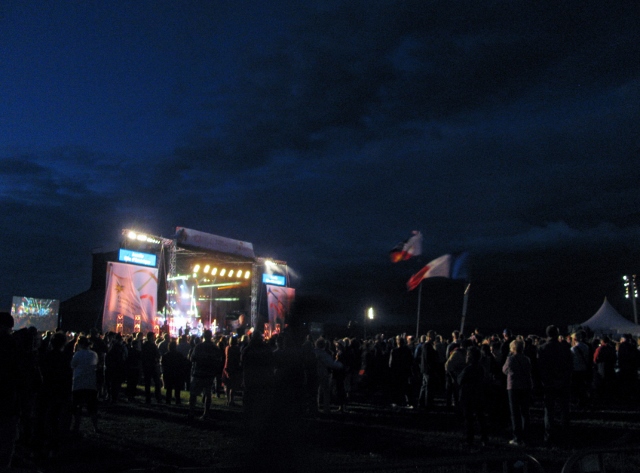 On “Louisiana Day,” our booth was the highlight of the day! There were numerous guest performers who entertained with French music, songs, stories and other fun activities. In spite of scattered showers, we had a tremendous attendance. It surprised me that so many visitors had already visited Louisiana and those who hadn’t, had it on their bucket list. Everyone recognized TABASCO® and were delighted to receive a “petite” sample. Most people only spoke French, but we managed to communicate nicely anyway.

A gentleman sat down beside me at our table and set up books to sell. I introduced myself, and he said his name was Zachary. Curious, I then asked his last name and he said Richard. He was the performer from the concert! Did I feel embarrassed! Poo yie!

Note: For more pictures of her adventure, check out her guest Facebook album.