Home » Things to Do » Itineraries 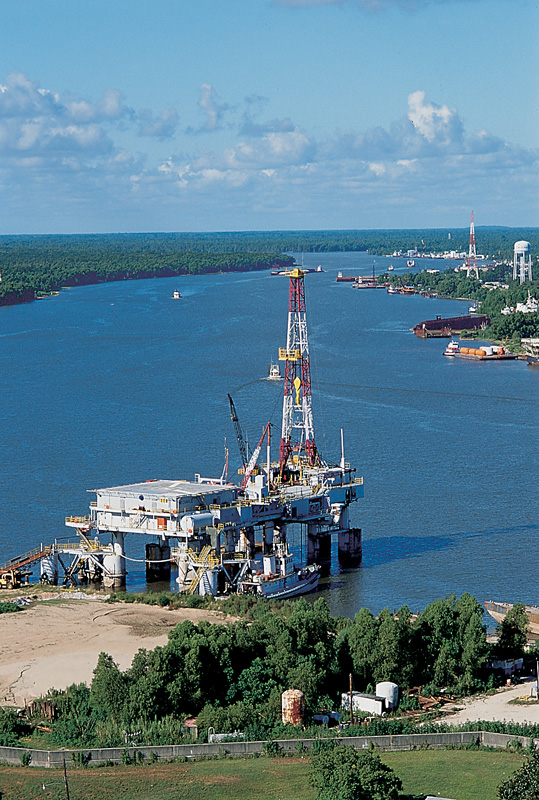 The center is the perfect place to start or end your Louisiana adventure in St. Mary Parish.  The Cajun Coast is a sampler of everything Louisiana offers, in a friendly relaxed atmosphere that is the heart of Cajun hospitality.

Overnight in a local hotel, B&B or campground. Once checked in, relax and visit or order take out from one of the local restaurants. 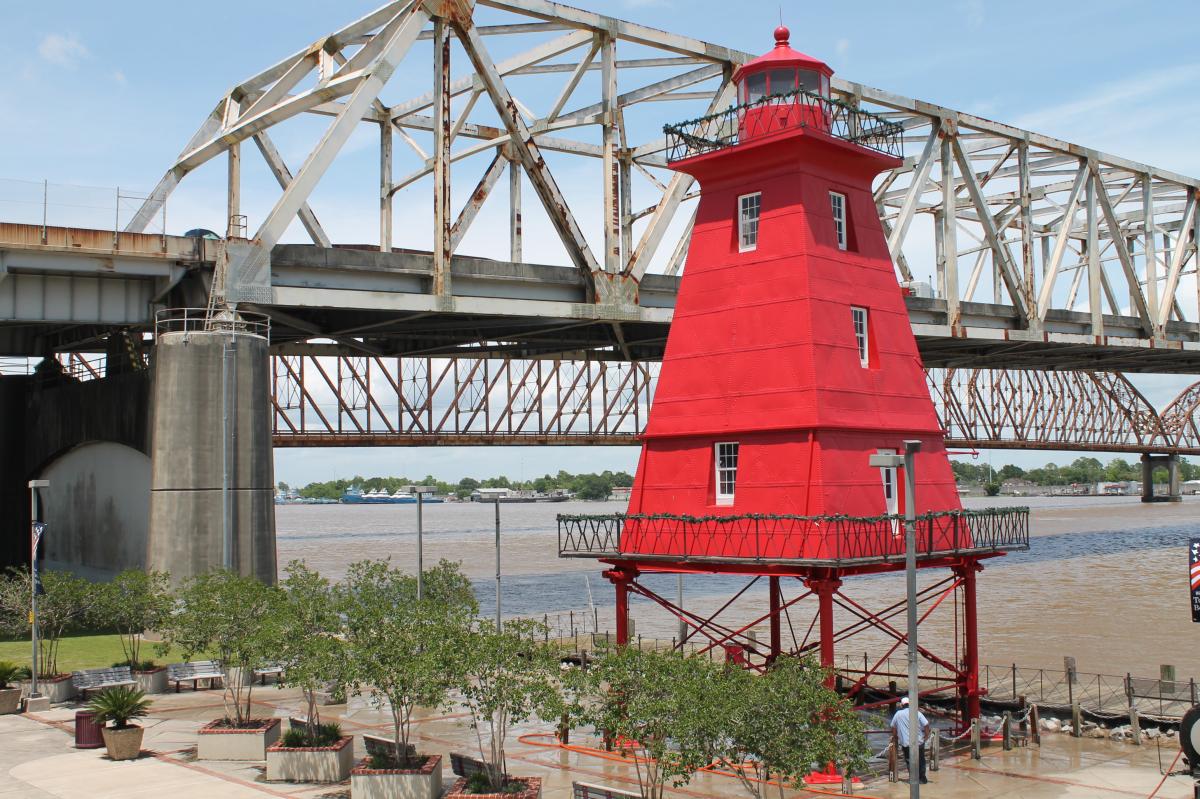 Home of “Mr. Charlie,” an authentic offshore drilling rig built in 1952 and open to the public for tours at the International Petroleum Museum and Exposition. “Mr. Charlie,” designed by industry pioneer A.J. “Doc” LaBorde, was the first transportable, submersible drilling rig in the industry and was used to drill hundreds of offshore wells. The museum also includes interpretive exhibits, artifacts, photographs and documents about Louisiana’s offshore petroleum industry. “Mr. Charlie” is the only place in the world where the public can walk aboard an authentic offshore oil rig. After visiting the rig, visit the ROV/Dive Museum in the same location.

After lunch, visit the Southwest Reef Lighthouse at Everett S. Berry Memorial Lighthouse Park (Riverfront, Berwick). The park and Brown House tell the story of the Berwick area. The lighthouse was built in 1858 at the end of Southwest Reef in Atchafalaya Bay to replace lightships which had been stationed there for 10 years. The lighthouse now permanently resides on the river front in Berwick.

Don't forget to check out Berwick’s Heritage Museum (3326 Third St., Berwick). You may need to call to make an appointment. Overnight in Morgan City. 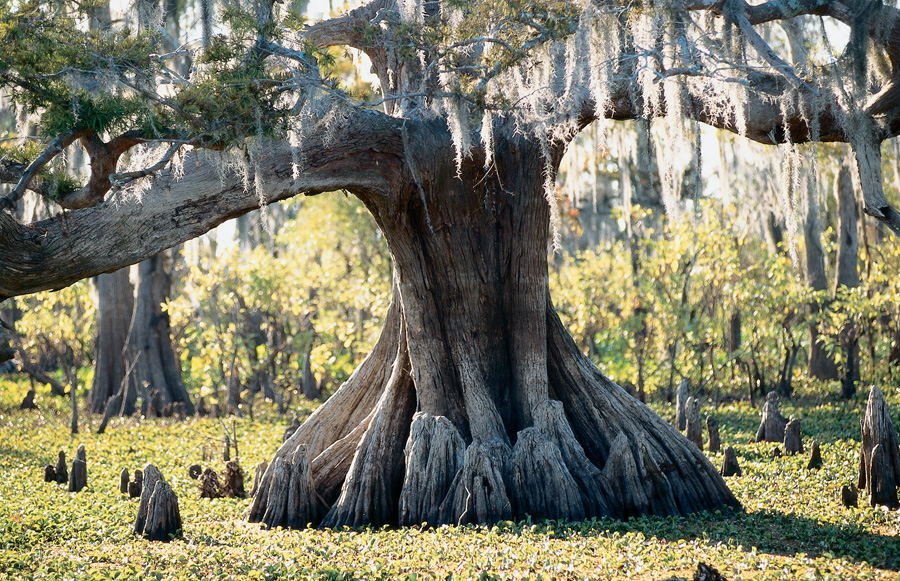 This Louisiana State museum serves a dual function - the first highlights the legacy of Louisiana aviation pioneers who formed an air service together in 1928 in Patterson; the second documents the history of the cypress lumber industry in Louisiana.

After the museum, enjoy a tour on Captain Caviar Swamp Tours (112 Main St., Patterson).  Venture into the Atchafalaya Swamp Basin, the largest overflow swamp in the US with Captain Caviar. Tour is approximately 2.5 hours. Overnight in Morgan City. 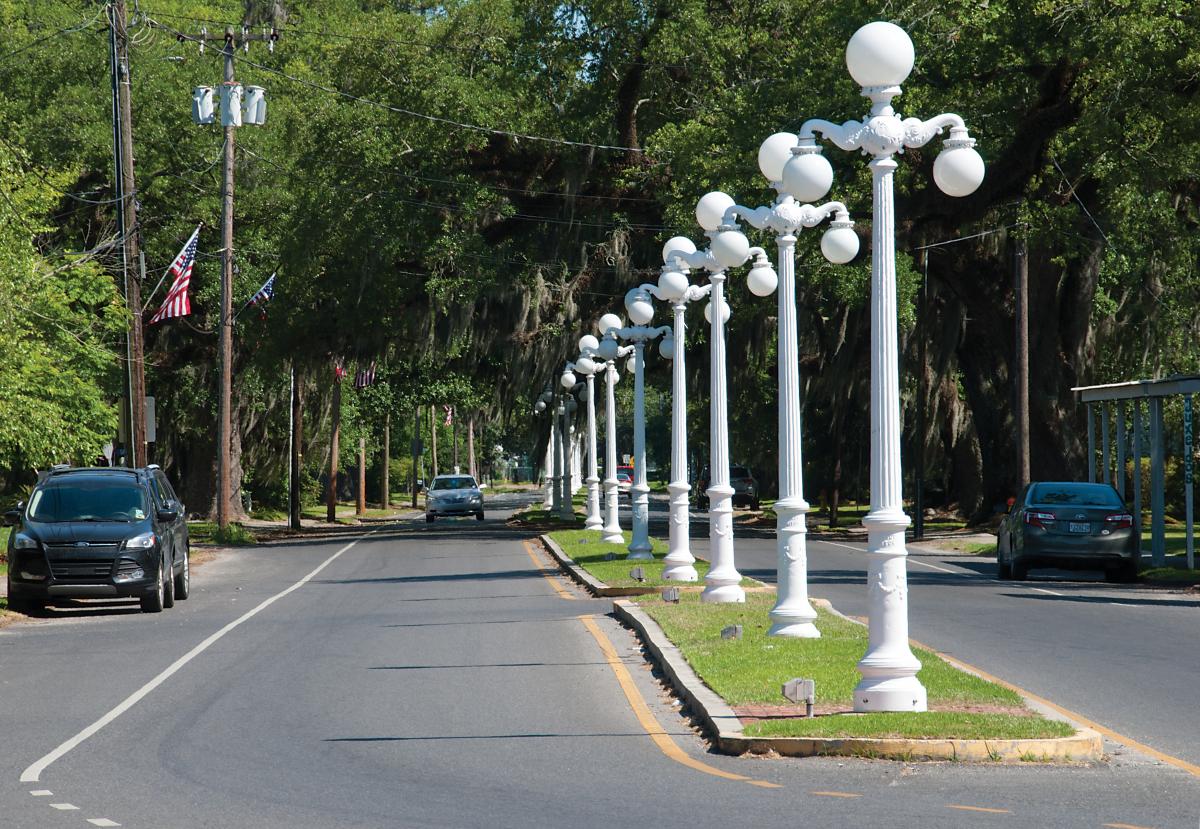 Walk or drive in the Franklin Historic District, which contains nearly 420 noteworthy structures and was listed on the National Register of Historic Places on December 29, 1982. The Franklin Main Street shops are a must see.

The recently designated district retains its historic integrity as the commercial center for the City of New Iberia and the surrounding region; as well as its architectural and cultural identity as a center of commerce, recreation, restaurants and entertainment. With 123 buildings and sites, the district 68.8-acres-district is an important representative of a late nineteenth and early to mid-twentieth century townscape.

Visit Konriko Company Store/Conrad Rice Mill (307 Ann St., New Iberia), the oldest operating rice mill in the U.S., which celebrated a century of operation in 2012. Watch a video on the history of the Acadians and tour the mill. The store features a selection of KONRIKO® products and other local food products, arts and crafts.

The Bayou Teche Museum (131 E. Main St., New Iberia) is a state-of-the-art museum with a permanent collection of artifacts and memorabilia from the region telling the story of a growing city, its people, culture and industry, all centered around the "snake-like" curves of the Bayou Teche.

The final downtown attraction is the Shadows-on-the-Teche (317 W. Main St., New Iberia) Built for a wealthy sugar planter in 1834, the Shadows was home to four generations before becoming a National Trust Historic site. Live oaks draped with Spanish moss cast shadows on the house, gardens and Bayou Teche. Family letters and furnishings present an authentic picture of life in the 19th and 20th century. A good selection of regional books and local art can be found in the museum shop. 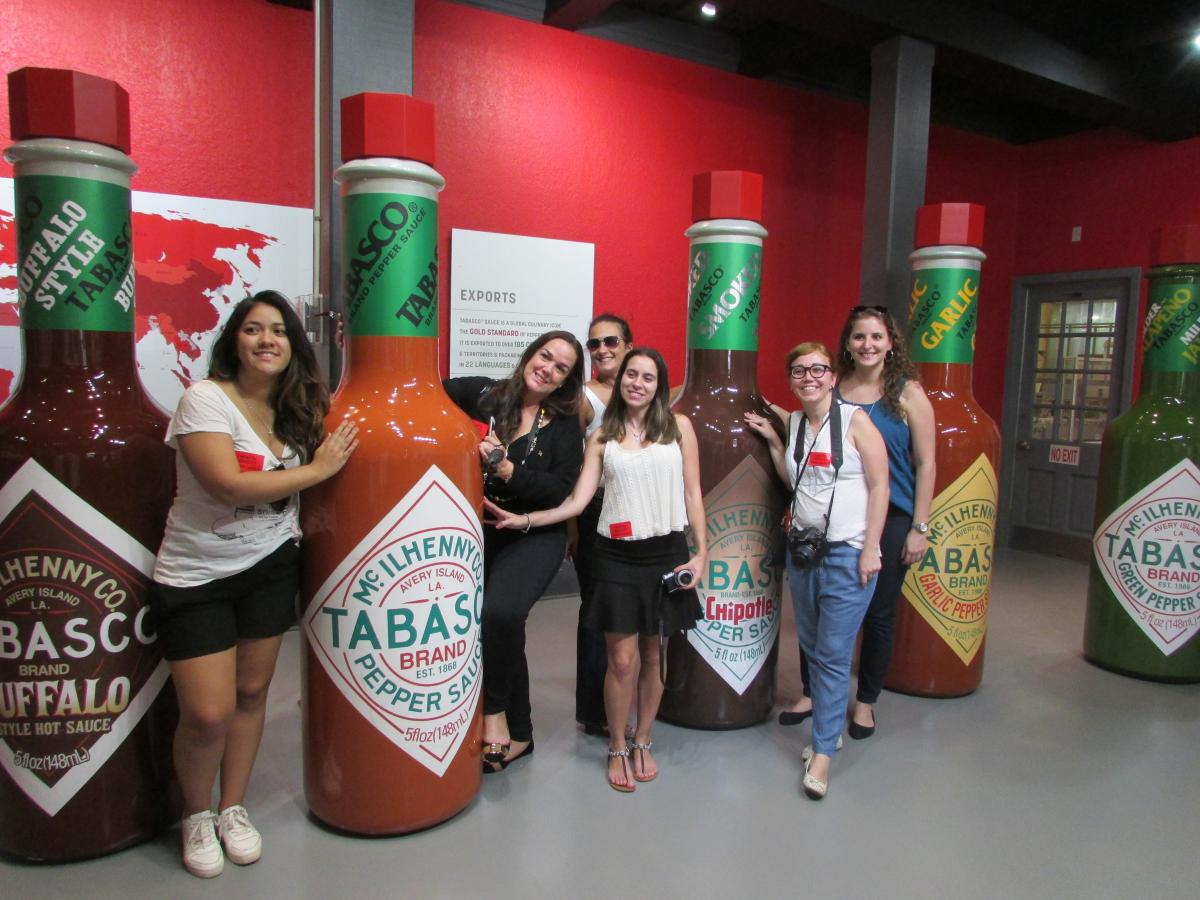 Avery Island, Louisiana, the birthplace of TABASCO® brand Pepper Sauce, has been owned for over 180 years by the interrelated Marsh, Avery and McIlhenny families. Lush subtropical flora and venerable live oaks cover this geological oddity, which is one of five "islands" rising in atypical and mystical fashion well above south Louisiana’s flat coastal marshes. The island is listed on the National Register of Historic Places.

The island occupies roughly 2,200 acres and sits atop a deposit of solid rock salt thought to be deeper than Mt. Everest is high. Today, Avery Island remains the home of the TABASCO® brand Pepper Sauce factory, as well as Jungle Gardens and its Bird City wildfowl refuge all three of which are available for tours. 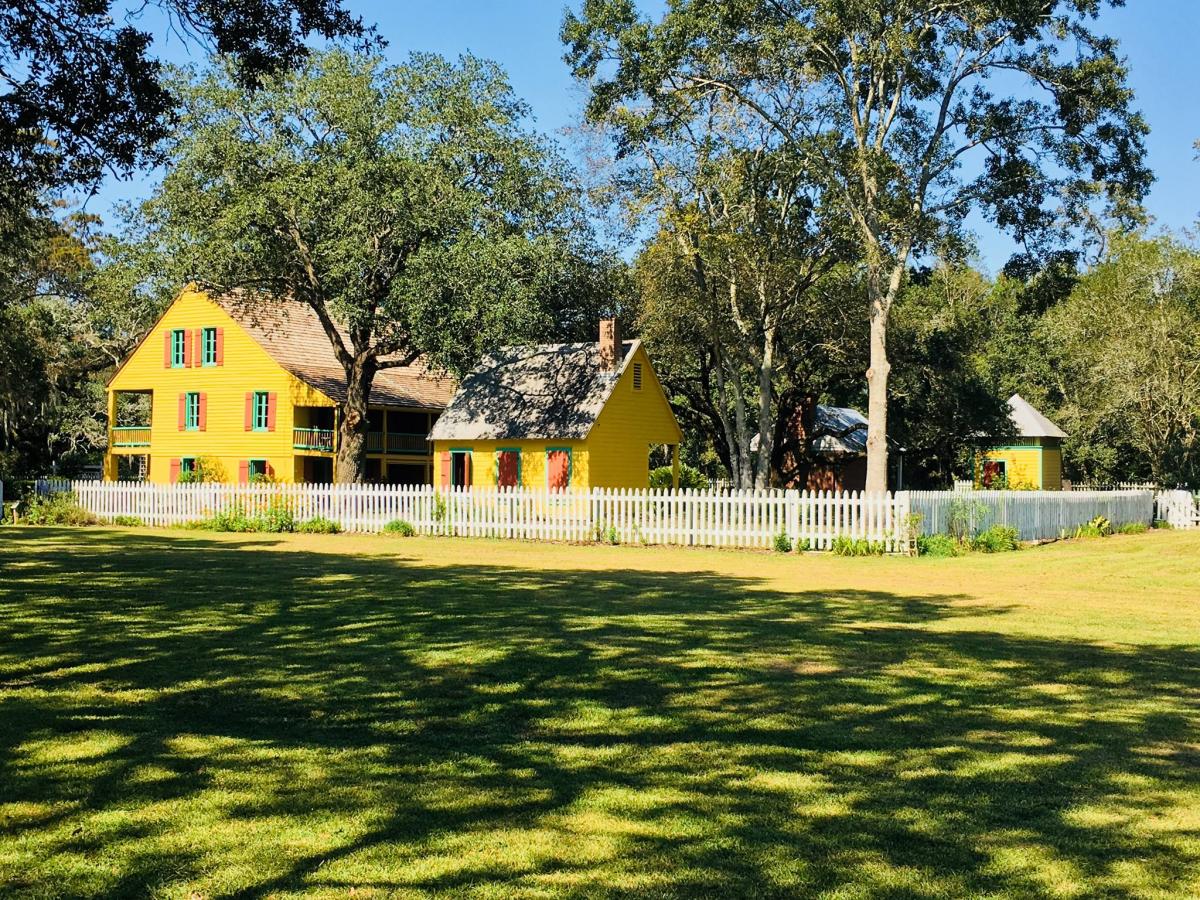 The Longfellow-Evangeline State Historic Site explores the cultural interplay among the diverse peoples along the famed Bayou Teche. Acadians and Creoles, Indians and Africans, Frenchmen and Spaniards, slaves and free people of color all contributed to the historical tradition of cultural diversity in the Teche region. French became the predominant language, and it remains very strong in the region today.

Overnight in St. Martinville or Breaux Bridge before catching a flight out of the Lafayette Regional Airport.